An Alberta court ruling on a disputed merger deal has sent a strong signal to companies that they cannot deny shareholders a vote on important transactions.

Justice Alan Macleod of the Alberta Court of Queen's Bench ruled last week that Calgary-based Alberta Oil Sands Inc. must offer its shareholders a vote on a proposal to merge with Marquee Energy Ltd., requiring two-thirds support of the merger resolution.

In his written reasons for the decision, released on Thursday, Justice Macleod criticized Alberta Oil Sands for choosing to organize the merger deal using a section of business law governing court-supervised plans of arrangements.

He said he was convinced that the only reason Alberta Oil Sands chose to use a complicated form of plan of arrangement structure was because it knew it was facing opposition from its largest shareholder, Smoothwater Capital Corp., and wanted to avoid a vote.

"There is ample evidence that Smoothwater and others oppose the transaction, and I am satisfied that directors of both companies wanted to avoid any risk of a special resolution failing or that the transaction would attract the exercise of dissident rights on the part of AOS shareholders," he wrote.

Justice Macleod said he was "not at all satisfied" that the structure of the arrangement had a legitimate business purpose, saying it was not put forward in good faith "because it was done primarily to avoid a vote of AOS shareholders."

Stephen Griggs, chief executive officer of Smoothwater Capital, an investment firm that owns 16 per cent of Alberta Oil Sands shares, said the ruling will send a broad message to companies and their lawyers who are increasingly favouring plans of arrangement for merger deals.

Plans of arrangement allow companies to conclude a business transaction under court supervision, which ultimately requires a judge to approve the transaction after concluding that it is fair to all parties. Marquee and Alberta Oil Sands are using provisions under Alberta's plan of arrangement rules that allow certain types of so-called "vertical" mergers to be approved by boards of directors and a judge without holding a vote of shareholders.

Mr. Griggs said mergers can be done through other legal structures such as straightforward amalgamations, and plans of arrangement are supposed to be used in special situations when other legal mechanisms don't fit. "I think lawyers have gotten a bit lazy in using plans of arrangement in situations where they really don't have to, and there's a clear alternative," he said.

He said he believes that Justice Macleod's ruling was "really practical" and means that courts will look closely at the legal mechanism used to structure future deals.

"The important thing he said is that the court needs to balance the efficiency of doing the transaction by plan of arrangement with the rights that shareholders would have if it was done directly by an amalgamation of the two companies," he said.

Calgary lawyer Tristram Mallett, who acted for Smoothwater in the case, said he believes the ruling was a good one, offering clarity about using plans of arrangement under a specific scenario, while also leaving room for them to be used in different situations.

Marquee Energy said it is appealing the decision. While Marquee launched the appeal because the ruling technically varies its arrangement, Alberta Oil Sands interim chief executive officer Binh Vu said on Friday that his firm is supporting Marquee's position in the legal matter "because we believe this transaction is the right one for shareholders and will create a well-capitalized company, with a focused oil asset base, that is positioned for growth."

"The court decision was unexpected," he said Friday. "Obviously we used our counsel's understanding of corporate law to structure the arrangement prior to signing any agreements."

Investors yet to be rewarded as energy sector pumps out slew of stock sales
Subscriber content
September 20, 2016 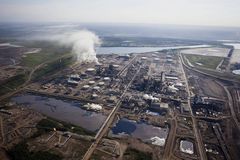 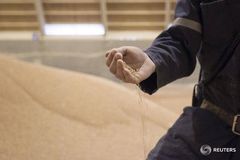 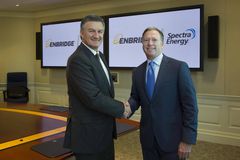