Alberta is stepping up its fight for a bigger share of Western Canada's fast-growing unconventional energy plays.

The province will offer incentives for energy producers focused on the most technically-challenging and costly kinds of unconventional oil and gas extraction. The move completes Alberta's dramatic U-turn on royalty rates, a reversal spurred by the migration of activity to neighbouring British Columbia and Saskatchewan following a royalty increase in 2009.

Under the new rules announced Thursday, the province will apply its lowest royalty rate - 5 per cent - to oil and gas production that comes from unconventional plays including coalbed methane, shale gas - where activity has focused on British Columbia - and the use of horizontal drilling to capture both gas and oil.

As unconventional energy becomes a bigger part of energy production in Canada, provinces are being forced to compete with each other on royalties. Saskatchewan also moved yesterday to attract investment in its natural gas reserves with a three-year break from royalties for the first 25 million cubic metres of gas produced from horizontal drilling wells.

Alberta Energy Minister Ron Liepert said the new rules would lure jobs and investment back into the province. "Our regime needs to recognize and reward risk and embrace change," Mr. Liepert told a Calgary news conference.

"We believe that the regime that is laid out in front of you today is one that will encourage the investment, which ultimately results in jobs across this province and eventually will result in a royalty rate that reflects Albertans being owners of this resource."

Saskatchewan's move is aimed at spurring horizontal drilling for gas, which hasn't yet developed in the province. "We've been at the forefront of using this technology to drill for oil here. By encouraging it on the gas side, we are sending a signal to the industry to invest and replicate some of the success it has enjoyed with oil," Saskatchewan's Energy and Resources Minister Bill Boyd said.

"Horizontal drilling is expected to account for the bulk of natural gas wells drilled in future in North America," he said.

Alberta expects that the changes will result in a $656-million loss in royalty revenue between now and 2013. When the government increased royalties in 2009, it expected to add $1.4-billion annually to provincial coffers.

Premier Ed Stelmach was attacked for his government's decision in 2007 to raise royalty rates, a decision that came into force in early 2009 as the recession battered the industry, and oil and gas prices slumped.

He has been backpedalling ever since.

The industry, which pushed hard for changes to the higher royalties, applauded the reduction in rates for unconventional production, which represents a growing share of Alberta's output as older, conventional fields decline.

"The initial reaction is that overall it has done quite a good job at addressing the competitiveness issue," said David Collyer, president of the Canadian Association of Petroleum producers.

He said the provincial government has acknowledged the pressures on the natural gas market, offered some movement on the oil side and recognized the importance of technological innovation.

Mr. Collyer said his members expect to see $2-billion to $3-billion in investment in 2011 that would not have not been pumped into Alberta had the changes not been made. "How much drilling there is will be influenced by many factors, but we think [the new royalty structure]has largely delivered on the commitments made [by the province]"

Conventional oil production in Alberta has dropped by nearly half since the late 1980s, as attention - and capital - have shifted to developing the oil sands. Alberta's production of natural gas, meanwhile, has been largely stagnant since the mid-1990s. New technology has caused energy companies to turn their attention to tapping vast unconventional gas resources instead.

Mr. Liepert said the easy-to-access oil and gas has been extracted, but in some places 80 to 90 per cent of the basin remains locked in the earth. "The technology simply hasn't existed previously to extract the remainder," he said.

Deploying new technology means large, upfront capital investment, which is why the province is now going to offer incentives to develop shale gas, coalbed methane deposits and horizontal drilling for oil and gas.

Danielle Smith, leader of the right-wing Wildrose Alliance Party, said she expected to see the industry react positively to the changes.

"It's a shame for all the companies that have gone out of business and all the workers who have been unemployed for the last three years that it took us this long to get to this end," Ms. Smith said. "But I think by and large they've recognized the errors that they've made." 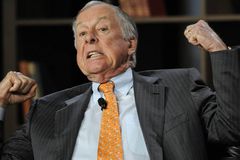 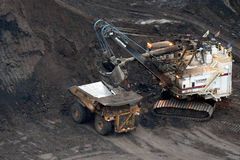 Alberta looks to join in building of new oil sands upgrader
May 18, 2010 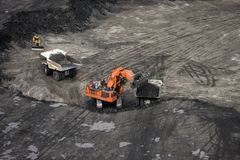 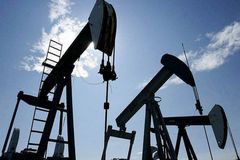 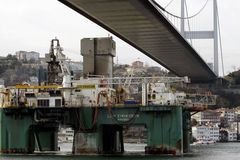