Lawyers for Amnesty International Canada was in a Toronto courtroom on Monday, arguing that Canadian mining companies should face justice here for alleged human-rights abuses by their subsidiaries in foreign countries.

"Canadian society has a strong interest in ensuring that Canadian corporations respect human rights, wherever they may operate and whatever ownership and other business structure they may put in place to advance their operations," Amnesty's submission to the court reads.

The human-rights group was granted intervenor status by a judge in order to weigh in on three lawsuits launched by a group of Guatemalans against Toronto-based HudBay Minerals Inc. in Ontario Superior Court over alleged human-rights abuses that date back to 2009.

The lawsuits demand $67-million from the company and allege that security personnel working for its Guatemalan subsidiary killed a local Mayan activist who opposed the company's Fenix nickel mine, located near El Estor, in eastern Guatemala. The lawsuits also allege that mine security was responsible for a shooting that paralyzed another man and for 11 gang rapes allegedly carried out during clashes between local protesters, mine security and police.

HudBay, which has since sold off the mine, denies the allegations, which it calls "without merit." It has filed motions, being heard by a judge this week, to have the case tossed out, arguing that well-established law holds that a parent company is normally not liable for the actions of its subsidiaries.

The company laid out its case in court on Monday. HudBay has also posted its version of the events in Guatemala on its website, denying that its subsidiary's security guards were involved and alleging that witnesses were pressured. The former head of the mine's security was reportedly arrested last year by Guatemalan authorities for the killing.

Angelica Choc, the widow of the dead activist, Adolfo Ich Chaman, was in the courtroom as the hearing began on Monday, wearing traditional Mayan clothing and grey winter boots, listening as a translator relayed the proceedings to her.

Amnesty International argues that the case against HudBay should be tried here in Ontario, citing previous decisions by Canadian and British courts as well as evolving international legal principles they say hold that parent companies can be held liable for the actions of subsidiaries "where the possibility of injury or harm" is "foreseeable."

The hearing comes as the world's mining industry gathers this week in Toronto for the annual Prospectors & Developers Association of Canada convention, where corporate social responsibility has become a more prominent topic in recent years.

Allegations of human-rights abuses have also been made against other Canadian mining companies with operations in developing countries, but no other lawsuit of this kind has made it past preliminary stages in Canadian courts.

The mining industry lobbied to defeat a private member's bill in the House of Commons in 2010 that would have subjected Canadian mining companies and their human-rights standards abroad to federal government scrutiny, insisting instead on industry-led voluntary moves.

HudBay, in its court submissions, points to that bill's defeat, saying the plaintiffs are trying to use the courts to achieve something Parliament has declined to do.

The company's lawyers argue that allowing this kind of lawsuit to go ahead would risk "exposing any Canadian company with a foreign subsidiary to a myriad of claims, many of which will likely be meritless. This, in turn, could wreak havoc on an already overtaxed judicial system." 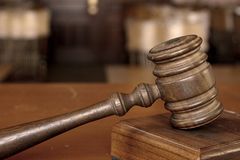 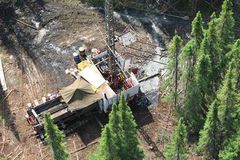 Survival of the fittest for miners as global outlook dims
March 3, 2013 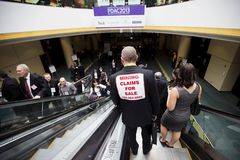