BCE Inc. has agreed to acquire full ownership of CTV Inc. in a $1.3-billion deal that dramatically reshapes the landscape of Canadian media and telecommunications, and changes the ownership structure of The Globe and Mail.

The transaction breaks apart CTVglobemedia Inc., created a decade ago when CTV merged with The Globe and Mail. Woodbridge Co. Ltd., the holding company of the Toronto-based Thomson family, will regain majority ownership of the Globe with an 85-per-cent stake. BCE will retain its current 15-per-cent share of Canada's largest circulation national newspaper and its related websites.

Claire: Gordon, what were your first thoughts when you found out BCE would be acquiring all of CTV for $1.3 billion.

Gordon: I thought it was 2000 all over again when BCE bought CTV once before for $2.3 billion. I immediately thought of Jean Monty who had engineered the original deal back in 2000, and how he left the company; that was considered one of the blots - although by far not the major blot - on his career. Now there's a measure of vindication for Jean to the extent that his strategy at least, if not the prices he paid, has been revisited by the new CEO. It's an amazing turnaround.

Claire: So what is different this time around?

Gordon: The ownership is cleaner. It's clear that CTV will be part of BCE. We've had this tenuous partnership that has gone through a lot of different iterations, some of them very unhappy, because after all Mr. Monty left in 2002. The new regime did not think so kindly on the relationship so there was some tension through that period.

Now BCE is taking all of CTV into its hands. BCE gets all the synergies from this relationship, the ability to use their wireless networks to move CTV's terrific content. There are always issues about content situations. Are you paying too much for it? Is it the best content in the world? BCE clearly felt they had to do something because of the movement of the cable companies is very strong on the content front.

Claire: What does this mean for Canada's media landscape, more generally?

Gordon: I think it's a period of hyper-competition. We may see some other content players who will be acquired by cable or pipe players. It's really a revisit of 2000 except the technology's change. The wireless revolution has happened in the interim, we have tremendous breakthrough on mobile television and TV over internet and it's quite clear that the vision that Monty saw, ten years ago, is actually in a reality mode right now.

Claire: The deal means the Globe and Mail will no longer be owned by CTV. What else does it mean?

Gordon: The view of the company is that the Thomson family, which has been associated with the Globe and Mail for 30 years, reasserts itself. I think the family's managers have a feeling about the best way to leverage the Globe's newsgathering, and writing and content assets with a lot of different players, not just with CTV. I think it remains to be seen. I think it should strengthen the Globe and Mail. I think a lot of things were held back because of the relationship with CTV. They could've done alliances with other companies that might've been more fortuitous.

But what strikes me as odd is that the vision of ten years ago seems so discredited now. At that time, the convergence of media, content and newsgathering properties was considered ideal and marry them with a TV network, and marry them with an Internet provider. Now we seem to be pulling back and saying, you know, ownership matters in the end. Who are the owners? How do they get along? How are decisions made? So maybe it's better. 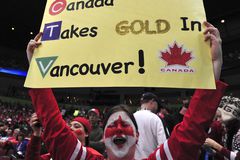 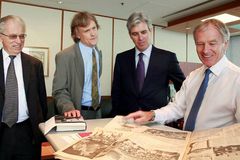 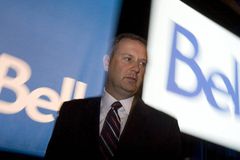 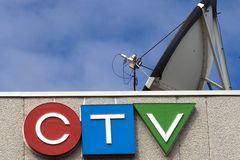 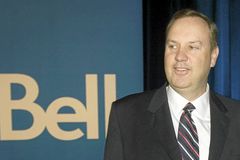 Bell ushers in new era with CTV deal
April 28, 2018
Follow us on Twitter @globebusiness Opens in a new window
Report an error