"Given Bombardier's inability to correctly predict the timing of the first flight, we think it is inevitable that the already aggressive flight test program will take more than a year and that EIS (entry into services) will be pushed to the right," Cameron Doerksen of National Bank Financial wrote in a report.

The Montreal-based aircraft manufacturer has delayed the inaugural flight three times. It was initially expected to fly by the end of 2012, but that was delayed until June, then to the end of July and recently for a "few weeks" more.

Bombardier announced Friday that it has started low-speed taxiing, one of the last tests before flight.

The CS100 will also be painted before first flight, which Doerksen said suggests that no flight will take place this week, although a first flight before the end of August "is possible."

The flight will be a "major program-validating milestone" and will confirm the aircraft's promised cost savings, which can be used in sales campaigns, he added.

A company spokesman said Bombardier expects deliveries to airline customers will start about a year after the plane's first flight.

"We will review the schedule and provide an update once we've flown the aircraft and have a few flights under our belt," spokesman Marc Duchesne said in an e-mail.

Doerksen said a delay in deliveries will add costs to the overall C Series program but that they would not be "overly material."

Bombardier's shares should get a small lift from the first flight but the analyst said he expects they will be "range-bound" in the short term as investors shift their focus to the risks associated with the flight test program, potential delivery delays and the lack of recent orders.

While Boeing, Airbus and Embraer have announced large orders for their narrowbody aircraft, Bombardier has struck out on new orders and failed to win any commitments from EasyJet and Vueling Airlines, where it was viewed to have had a chance.

Winning at least one new large-scale order from a well-known airline is needed to ease investor skepticism about the C Series program's viability, Doerksen said.

"Longer term, we remain positive on Bombardier shares noting that the fundamentals for both the business aircraft segment and the transportation division (which together account for about 75 per cent of Bombardier's total revenue) are mostly positive," he wrote.

Any greater success from CSeries order campaign would lift its stock above Doerksen's $5.50 per share target price, he added.

Doerksen said a delay in deliveries will actually help Bombardier Aerospace margins in 2014. Doerksen had anticipated six C Series aircraft would be delivered next year at negative margins.

David Tyerman of Canaccord Genuity also believes Bombardier could delay first deliveries until early 2015 and made an adjustment several weeks ago in his forecasts to build in a buffer.

"I just felt that we've had three delays now. It's obviously a complicated device and therefore there's room for things to happen that could cause delays, so it's probably best to not plan for it to happen exactly as planned," he said in an interview.

Tyerman said the test flight program could be less challenging than developing a new aircraft. But Boeing was forced to delay deliveries of its 787 Dreamliner following an aircraft fire late in the process.

The analyst doesn't believe Bombardier needs many orders to reach its target for 300 firm orders by entry-into-service, which is equivalent to about four years of production given the planned ramp-up.

"As long as they're somewhere in the 200-300 range, they're going to have a number of years of orders in backlog at the start of production," he added.

Air Canada is considering the C Series as part of its plans to renew its narrowbody fleet. A decision is expected by year-end. Tyerman said the carrier could order C Series planes to replace 38 A319s and choose either Boeing or Airbus for larger aircraft. An alternative is to select either Boeing or Airbus to replace Embraer and maintain just one fleet type of narrowbodies.

Tyerman added that the Montreal-based carrier could also use a conditional C Series order to try and win slots at Toronto's City Centre airport, much like Porter Airlines did.

"It's not a bad political strategy to try and use it to try and pry open Billy Bishop." 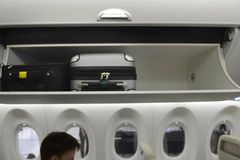 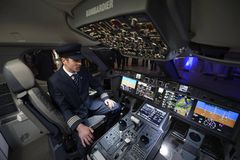