Digital downloads and streaming remain the king of music sales, but the resurgence of vinyl records is shifting into high gear.

Vinyl sales in Canada have increased 53 per cent since this time last year, and sales in the U.S. are up 33 per cent in the same period. Since 2006, the vinyl music sector in the U.S. has grown 677 per cent.

"Everyone is trying to figure out just how big this thing is going to be," says David Bakula, senior vice- president of Industry Insights for Nielsen Entertainment.

"It's not that it is driving the business the way streaming is, but the growth is substantial."

The digitization of the industry has certainly turned music into a convenient commodity, easily accessible with the tap of a finger or click of a mouse.

On-demand streaming of digital music, from services such as Songza or Beats, is up 42 per cent year-over-year in the U.S., according to new data from Billboard and Nielsen Entertainment. Digital downloads, after years of strong growth, dipped slightly last year – they're down 11.6 per cent – as music lovers flocked to the new streaming options.

For an audience who only knows music as an impulse buy or succession of single purchases, vinyl is introducing them to the experience of a complete album while creating a new revenue stream for artists. Musicians make just fractions of a penny off of the stream of a song. But, depending on the record deal, they may make in the ballpark of a couple of dollars per sale of a vinyl record. Independent artists pressing music into vinyl take home even more.

"There is a preconceived idea that the vinyl is an old-folks market, but it isn't any more," says Martin Koppel, owner of Toronto's oldest record store, Kops Records,. "It is quite common now to have young people hold vinyl music parties where they sit around, discuss and listen to the music."

The resurgence of vinyl isn't just about blowing off the dust of a secondhand Pretty in Pink soundtrack found in a milk crate at the back of a record store either. Major retailers such as HMV Canada or Sunrise Records continue to expand their shelving space dedicated to the format at the expense of the dwindling CD.

"Artists have largely learned more about who their fan base is and how they want to consume music," Mr. Bakula says. "It's about putting something exclusive into the mix. Exclusive content or exclusive packaging to collect and show off."

Turntables are turning up at mass retailers such as Best Buy, Target or even Urban Outfitters, with inexpensive replacement parts compared to previous generations. And though the format is most popular with rock and alternative artists, brand new albums are being released on the format by many mainstream artists including Lady Gaga, Coldplay and Michael Jackson, often with a digital download included.

"The record companies also never had a replacement for the CD," Mr. Koppel says. "CDs were finishing and they had nothing to sell to the young market because of downloading. Now when teenagers buy a record, whether it be Arcade Fire or the Beatles, this is the first time that the record is physically new for them."

For artists and labels, it is lifeline for profit-making while building a more intimate relationship with fans. For listeners, it is simply about the complete experience – the return of vinyl is about making music tangible again.

"It is an investment," says Chris Forrest, a 29-year-old music producer and owner of Synicalist Records in London, Ont. Mr. Forrest has a personal collection of more than 300 records and presses vinyl for his artists. "There is something about having that record in your hand and the process of pulling it out, putting it on the player and dropping that needle. It makes you more interested in the music."

The vinyl boom can be traced back to 2006 or 2007, when the format started moving beyond trendy underground groups and into popular music. DJs began opting for digital turntables and eventually back to the old scratched records. Vinyl also began to make appearances in Hollywood films such as Iron Man, helping to introduce a younger audience to the format.

"There is a joy of going through a record store's used bins and finding something you want," Mr. Forrest says. "That is something many people are truly missing these days." 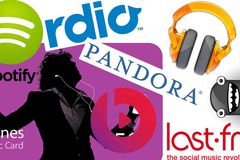 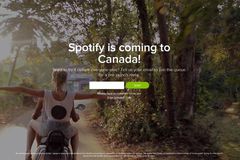 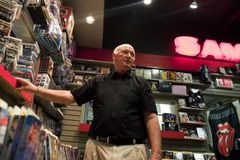