Convinced you've got a brilliant app idea that would surely make you rich if you could just learn to code?

While he in no way discourages aspiring app makers from getting into coding, he warns it's getting harder and harder to get noticed in Apple's crowded App Store and the Google Play marketplace for Android apps.

And the odds of creating the next "Flappy Bird" are probably no better than buying a lottery ticket.

"I think the gold rush is over," Coombe says during an interview at the company's downtown loft-style office space, which features trendy reclaimed wood furniture and the requisite well-stocked staff kitchen.

"I think those days are over because there's so much quality out there. There's absolutely an opportunity there, it's still available, and people are still doing really great stuff and having a lot of success — but it's a lot harder."

Coombe knows first hand that even if an app can stand out from the crowd and become a hit, maintaining a top chart position is extremely difficult.

Get Set Games first topped the charts in 2010 with its game "Mega Jump" and recently released a sequel, which also went to No. 1.

Featured status by Apple helped push "Mega Jump 2" to the top of the overall iPad app charts in both Canada and the U.S. within days of its release. It took overall top spot in 32 countries and in the arcade game category it ranked No. 1 in 100 countries.

But within a couple of days the descent on the charts began and by week's end, it had dropped dozens of positions in Canada and the U.S.

"It's very difficult to stay high on the charts in the App Store and it's very hard to know why or how," Coombe says.

"A huge amount of the App Store is luck. We know when we got there with "Mega Jump" it was luck, we didn't know the game was going to be a hit."

And yet even millions of downloads doesn't mean a huge payday.

"Mega Jump 2" is a so-called freemium game, which means it's free to download but users can opt to pay for some add-ons that make playing a little easier.

The original "Mega Jump" wasn't free when it first launched but Coombe says the development team eventually decided that adopting the freemium strategy was the best way to go.

Too many users had decided that even 99 cents was too much to pay for an app. Now Coombe hopes that maybe five per cent of the users who download his games will opt to pay for in-game purchases. For a game that's massively popular, the revenue from those five out of every 100 users can add up.

"There's a couple really great things about making free apps, one is you absolutely get to reach out to the most people possible with zero barrier to entry, everyone is willing to give your game a try," Coombe says.

"That means your download numbers and people who get to know about your game and your brand is several orders of magnitude larger than a paid app. The second thing is when you have a large user base and a lot of people playing your games then you get to introduce those same people to your next games and your next games, which is obviously a fantastic way to market your whole (roster) of games."

But Coombe says he's starting to come around to the idea of releasing games with a price tag again, partially because it seems some consumers are getting sick of the freemium concept and being nagged into paying for upgrades.

"We're definitely a freemium-based company but that's not to say there aren't more and more reasons becoming apparent to start really thinking about potentially making a high quality paid app. I think we're starting to see ... people are starting to yearn a bit more for paid apps that are perhaps $4.99 or $9.99 because it's the game experience they want, they're willing to pay up front to not be bothered with all that stuff," he says.

Coombe says it seems like a large proportion of people are willing to start paying money for apps if they feel they'll get value from it.

There's still another challenge Get Set Games faces in the App Store, which has more than a million titles to choose from.

Users who hear about "Mega Jump 2" and try searching for it by name will find it's not the first search result, or the second. For some reason, games called "Icy Tower 2" and "Ninja Revinja" appear first.

"It is disappointing when you have a specific game title — it's a No. 1 app, it's been downloaded millions of times — and when you type in the exact name it doesn't show up No. 1, that is surprising," Coombe says.

"It does point at issues of discoverability on the App Store. There's huge amounts of apps, huge amounts of games — some great, some not so great — and I think it's going to become more and more important, if it's not already exceptionally important, for players to be able to find the games they want faster and to allow good developers to be seen and not smothered by a lot of lower quality applications." 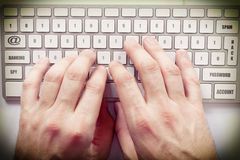 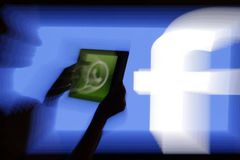