The corporate world is rediscovering its zest for deals – the bigger, the better – as confidence grows in the future trajectory of major economies.

Scarcely a day goes by without word of a new potential mega-merger. Earlier this week, a report revealed that telecom giant AT&T Inc. has approached satellite firm DirecTV LLC regarding a deal possibly worth $40-billion (U.S.). Meanwhile, AstraZeneca PLC rejected an offer of $106-billion from Pfizer Inc. to seal a marriage of the two drug titans.

Those budding deals don't even count in the official tally of this year's global mergers-and-acquisitions activity, which is off to the fastest start since before the financial crisis.

In April alone, seven deals worth more than $10-billion were announced worldwide, bringing this year's number of such mega-transactions to 15, according to data provider Dealogic Ltd. Over all, activity worth $1.15-trillion has been announced so far in 2014, a pace not seen since 2007.

Companies are in a prime position to execute transactions: Many are flush with cash, capable of borrowing funds cheaply and sitting on increasingly valuable shares. Until recently, however, they lacked a sense of safety and a sense of urgency.

Now, the global economy feels relatively stable and the United States appears to be on the cusp of faster economic expansion. Executives also know that if they don't act, their competitors will.

"What's changed is the level of confidence among management teams and boards," said Vito Sperduto, head of U.S. mergers and acquisitions for Royal Bank of Canada's investment arm in New York. "It's higher than it's been in the past."

What's more, once deals start to unfold, they create their own momentum. "Dominoes start to fall," Mr. Sperduto said. "Companies do not want to be left out of the mergers-and-acquisitions wave once transactions start to happen in their space."

For an illustration, look no further than the global pharmaceutical sector, which is currently in the grips of a deal-making frenzy. Firms are seeking to speed up the laborious process of developing drugs by buying those in the pipeline elsewhere, while at the same time shedding units that aren't critical to their strategic goals.

"Mega-deals are back," Chris Viehbacher, the chief executive officer of French drugmaker Sanofi SA, said on a conference call earlier this week, according to Reuters.

Another factor at work in some of the pharmaceutical deals is a manoeuvre known as "tax inversion." It's a move where an acquirer switches its tax home to the country where the target company is headquartered (which conveniently has a lower corporate tax rate).

Fuelling the broader acceleration in deal activity is a roaring stock market, which gives companies valuable tender with which to transact. A third of the value of this year's strategic transactions has been paid in combination of cash and stock, according to Dealogic, up from 13 per cent in the same period last year.

The character of the current deal boom is different from the one that prevailed prior to the financial crisis. The top two industries for global mergers and acquisitions this year are telecommunications and health care, which together represent about 30 per cent of the deal value, Dealogic figures show. By contrast, back in 2007, the sectors leading the charge were financial companies and energy-and-utility firms.

"There is a bit of a perfect storm at the moment when it comes to doing deals," said Frank Aquila, a partner at Sullivan & Cromwell LLP in New York. "We have rising business confidence, relatively low borrowing costs and significant cash reserves."

That cash, however, increasingly comes with demands. "Boards of directors understand that institutional investors expect them to deploy the cash on the balance sheet," Mr. Aquila said. "The role of activist investors should not be underestimated in this context."

The increase in deal making is good news for banks, which are seeing their fees from such transactions multiply. In earnings reports for the first quarter, revenue from investment-banking fees showed marked improvement. Goldman Sachs Group Inc. recorded its best quarterly performance for such revenue in seven years.

On Thursday, the boutique investment bank Lazard Ltd. reported buoyant results for the first quarter. The firm's revenue from its financial advisory business rose 64 per cent from a year earlier to $275-million, which included a record first-quarter for fees related to merger and acquisitions. 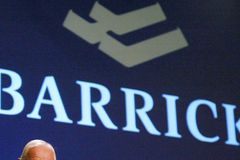