For the first time in a long time, Apple Inc. needs a home run.

The company behind the world's most profitable mobile devices will release the newest version of the wildly popular iPhone on Wednesday. As with previous Apple launches, the new iPhone will undoubtedly generate huge media and consumer attention.

But unlike previous launches, Apple will release the iPhone 5 into a much more competitive marketplace than in previous years. This year, Samsung Electronics Co. Ltd. and a number of other manufacturers have released phones that run on Google Inc.'s Android operating system and have garnered positive reviews from critics and a warm reception from fans. Indeed, according to Canaccord Genuity, the Samsung Galaxy III smartphone actually outsold the iPhone in the U.S. in August – the first time Apple's phone hasn't been the top seller since the company released the iPhone 4S last year.

In addition, Nokia Corp. and Motorola both announced new phones last week. Nokia's devices, running on Microsoft's new Windows 8 software, represent the high end of Windows phones on the market, and both Nokia and Microsoft will likely spend billions of dollars marketing and supporting the devices.

It is, of course, likely that the iPhone's slowing sales in recent months have a lot to do with consumers holding off on buying current Apple devices when a new phone is just around the corner. As such, virtually all analysts watching the company expect Apple to regain the smartphone lead once the new iPhone hits store shelves.

Nonetheless, there is growing acknowledgment that Apple must deliver a more revolutionary device than the iPhone 4S, which disappointed some Apple fans last year because, despite many internal upgrades, it still looked a lot like its immediate predecessor. This time around, most observers expect the new iPhone to have a bigger screen – a direct response to larger-screen phones from Apple's strongest competitor, Samsung – and support for next-generation wireless networks.

But such changes would be more evolutionary than revolutionary, and perhaps not quite enough to generate the same level of frenzy among consumers that previous iPhone models did, especially at a time when plenty of high-end, less expensive smartphones are readily available.

After years of mind-boggling success and growing profit, Apple has already begun to see the downside of trying to meet much higher expectations than the rest of the consumer electronics field. This summer, despite largely meeting analyst estimates for its quarterly earnings numbers, the company saw its stock price take a temporary dive. For Apple, it seems, beating expectations is the new norm.

Working in Apple's favour this year is the timing of its launch. After a busy week that saw Nokia, Motorola and Amazon.com Inc. launch new devices, Apple will largely have this week all to itself, setting the iPhone 5 up well for a blockbuster holiday shopping season. In addition to the new phone, Apple is also expected to eventually launch a new, smaller iPad, designed to compete with the slew of 7-inch tablets on the market. Not long ago, the company scoffed at the smaller tablet category, saying 10-inch devices were what consumers wanted. The change of heart illustrates not only the unpredictable nature of the mobile electronics market, but also how much harder Apple needs to work in order to keep its competition at bay. 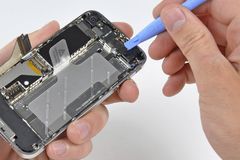 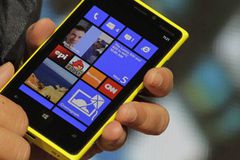