Tablets and e-readers might be the future of the publishing industry, but the print magazine is far from a write-off.

Canadian publishers lost $50-million in newsstand sales in the last year, but an industry poll into consumer habits hints at a brighter future for publishers brave enough to keep investing in their printed products.

Data from the Periodical Marketers of Canada to be released Wednesday show single-copy sales decreased 7 per cent in 2011, with retail sales of $518-million.

But a poll commissioned by the industry association shows those who do read magazines overwhelmingly prefer to read on paper, despite the ever-widening list of digital alternatives made available by publishers anxious to keep them reading.

Those who do buy digital editions are nearly twice as likely as the average reader to buy additional printed magazines in any given month.

"The so-called doomsday scenario that has print magazines doomed to obscurity is just a myth," said Ray Argyle, executive director of the Periodical Marketers of Canada. "The trend seems to point toward the purchase of single copies and away from mail subscriptions."

The insight puts magazine publishers in the same difficult situation as newspaper publishers – printed editions are far more profitable and have a loyal (if dwindling) base of readers, but digital editions are likely to become more popular as tablet computer use becomes more affordable and widespread.

The publishers will soon have an unexpected ally to help them address the problem, at least in the short term. Canada Post will announce an initiative that would see the postal service handle digital distribution of magazines so the publishers could focus on content, rather than logistics.

The initiative was led by Canada Post chief executive officer Deepak Chopra, who believes Canadians aren't ready to give up on traditional printed products just because digital alternatives are available. Under his plan, publishers would pay the post office to not only deliver printed copies but also ensure a digital copy was available on a secured site for any reader who was interested.

"We are entering the decade of duality," Mr. Chopra said. "We're in this period where people aren't ready to switch off physical paper. And we are better positioned to offer combo prices to publishers, we can deliver physical and digital both. Consumers can switch back and forth over time, and you don't need to worry about sacrificing one over the other."

The poll, conducted by Leger Marketing, questioned about 1,600 self-identified magazine readers via an online survey.

While it strikes a wildly optimistic tone and comes complete with an online marketing campaign that launches Wednesday, there are plenty of things for publishers to worry about.

At $518-million, newsstand sales have fallen about 20 per cent since 2007. The main reasons readers gave the pollster for reading less was a desire to save money, an increasing reliance on e-readers and a lack of free time.

And though the survey targeted magazine readers, it found that only 31 per cent of them said they were "very likely" to buy one or more magazines in the next month, and 42 per cent said they have decreased the number of magazines they purchased over the last three years.

The Audit Bureau of Circulation said overall magazine circulation dropped nearly 5 per cent in Canada in the last half of 2011, at 6,647,948 copies. The decline was sharpest among home subscribers, with 4.94 per cent cancelling their deliveries. Newsstand sales fell 2.35 per cent.

But several of Canada's largest titles worked to convert casual readers into buyers. Maclean's saw single-copy sales increase 77 per cent or 15,831 per edition, according to ABC. Chatelaine increased its single-copy sales 33 per cent.

"Readers are experimenting with digital products, but we do know that the majority of readers are print readers," said Pierre Marcoux, vice-president of business and consumer solutions group at Transcontinental Media, which publishes titles such as Canadian Living and Elle Canada. "But it's a new world and we must experiment with digital formats. But will that dent our print sales? We don't feel so."

6% buy a magazine once a week 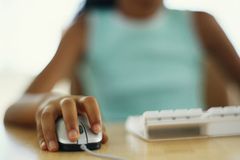 Metro brings its battle for readers to Saskatchewan
April 1, 2012 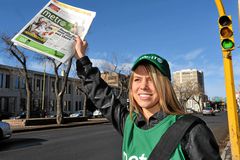 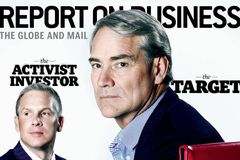 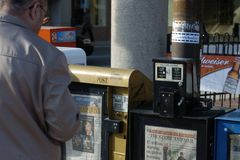 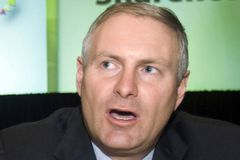 Publishers take heart from NYT paywall success
March 20, 2012
Follow us on Twitter @globebusiness Opens in a new window
Report an error Editorial code of conduct
Due to technical reasons, we have temporarily removed commenting from our articles. We hope to have this fixed soon. Thank you for your patience. If you are looking to give feedback on our new site, please send it along to feedback@globeandmail.com. If you want to write a letter to the editor, please forward to letters@globeandmail.com.
Comments