Expansion by U.S. retailers is helping to push up Main Street rents in some parts of Canada, even as rates cool in Toronto and fail to budge in Calgary where the foreign players are already well entrenched.

Rental rates on Toronto's Queen Street West, considered a focal point for cheap and chic chains, dropped 9.1 per cent this year, while rates on the city's tony Bloor Street West barely nudged upward – although the latter is still the country's most expensive street for retailers at $315 a square foot, according to a new report by real estate expert Cushman & Wakefield.

Indeed, some high-profile foreign players, including Mexx and Esprit, have pulled out of the Queen Street West shopping strip, dissatisfied with their performance there.

"I thought perhaps with the interest in Canada, we'd have a little more of a bump [in rates]" said John Crombie, senior managing director at Cushman in Toronto. "But it sounds like a lot of the international markets are just as attractive from a retailer's perspective."

U.S. retailers' push into Canada perked up over the past year or so, buoyed by a stronger overall economy here and pent-up demand for U.S. banners such as fashion chain J. Crew Group Inc. and action sports retailer Zumiez Inc. Operating in Canada also can be more lucrative for U.S. retailers, which maintain prices about 20 per cent higher than in the U.S. and thus benefit from the strong Canadian dollar.

The flurry of interest has helped boost demand for some Main Street retail rental space, buoying rates as much as 14.3 per cent on Edmonton's Whyte Avenue – to $40 a square foot – and 9.1 per cent on Vancouver's Robson Street, to $240 a square foot. In Montreal, rates rose 6.7 per cent to $160 a square foot for street-level space on St. Catherine West.

But average retail real estate rental rates increased by just 2.9 per cent across the country in the year to June, less than the 4.8-per-cent gain worldwide over the same period, the Cushman report said. The gains in Canada show that while demand for Main Street space is growing, it's not enormous.

That could change, the report suggested. "Demand for space on the key high streets may improve further, with several retailers planning to open new stores."

Mr. Crombie said U.S. retailers such as Apple and J. Crew are looking for prime space on Bloor Street West. New arrivals to Canada tend to set up shop first in malls to test their concepts and then move onto main streets. But business on Bloor Street has suffered from a soft tourist market as well as prolonged construction, which has now ended.

He said some retailers were disappointed in their business on Queen Street West and left after being unable to attract a wide enough clientele. The street attracts shoppers looking for affordable, stylish goods that don't break the bank. "They're not necessarily buying $300 jeans," he said. "It's a tougher market."

Overall, the Cushman study found that New York's Fifth Avenue, where rents jumped by 21.6 per cent to $2,250 (U.S.) a square foot, retained its spot as the most expensive shopping street in the world for the 10th consecutive year. Causeway Bay in Hong Kong stayed in second place and Tokyo's Ginza in third. 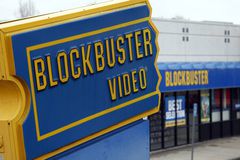 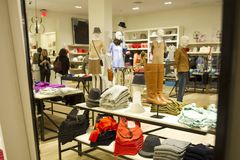 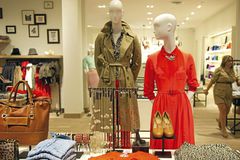