The Ashley Madison hack is a big reminder to all Web users: If you submit private data online, chances are it will never fully be deleted.

The hackers, who stole the data about a month ago and then posted it online this week, claimed in a statement that part of the reason for the theft was Ashley Madison's fraudulent promise to fully delete users' information if they paid the company a fee.

The website – whose slogan is "Life is short. Have an affair" – is marketed to people looking for extramarital relationships. It purports to have about 39 million members.

It's virtually impossible to exist in modern society without putting at least some personal information online. Many people can't get through a day without using the Internet to shop, pay a bill or check their credit card balance.

People have become accustomed to trusting their most precious personal information to companies. But they also need to know that all of that information is being shared more than they would expect, privacy experts say.

Before you hit "submit," stop and think before giving up your personal information to any kind of website, said Michael Kaiser, executive director of the National Cyber Security Alliance in the United States, an industry-funded group that educates consumers about cybersecurity.

"Personal information is like money, and you don't just give away your money," Mr. Kaiser says. "In the environment we're in right now, you have to value it and think about protecting it everywhere you go on the Internet."

That means taking a look at a website's business to get an idea of how much they value information security and even asking them about their data retention practices. Banks, which deal in financial information, and large retailers, who have a vested interest in getting people to shop online, are probably safer bets than a dating site.

"Ashley Madison actually charges you to remove your information when you remove your account," he says. "That's a big clue about how they feel about your personal information."

People also need to sometimes take a pass on convenience in the name of online security.

Many consumers like it when e-commerce sites have their credit card and other information on file, or when Web browsers automatically fill in forms with their name, address and other details, says Peter Tyrrell, chief operating officer of the data security firm Digital Guardian. Meanwhile, worries about data theft and loss have prompted companies to back up important information in multiple places.

But both practices increase the likelihood that information could be leaked or shared. And it means that even when a person thinks that their information has been permanently deleted, chances are there are still copies floating around somewhere.

"Ashley Madison is a company with a service that's completely predicated on privacy," Mr. Tyrrell says, adding that that characteristic sets it apart from many traditional e-commerce sites such as retailers.

"Here the capital, so to speak, isn't a credit card or consumer goods. The capital is personal information that if released could be ruinous personally, and financially too."

Breaches, whether they be at a major retailer such as Target Corp., a health insurance company such as Anthem Inc., or Ashley Madison, have become so common that people should give some serious thought before putting personal information online, says Caleb Barlow, a vice-president at IBM's security division.

And while Social Security numbers weren't involved Ashley Madison hack, people should be especially wary of using them as a backup password to access online information, given the potentially disastrous consequences that could result if they're intercepted, he says.

"Why are we using Social Security Numbers for both identification and access?" he questions. "Any data that can never be changed can be used for identity, but should never be used for access."

And no matter how legitimate a company or website may be, people need to be aware that they're rolling the dice every time they hand over personal information.

Scott Vernick, partner and head of the data security and privacy practice at the law firm Fox Rothschild LLP, says consumers have the right to expect a certain level of online security, depending on the industry standards of the company they're dealing with.

"But those expectations have to be muted by the knowledge that they're always taking a risk, whether they're ordering from Amazon Prime or from Ashley Madison," Mr. Vernick says.

Two Canadian law firms say they have filed a $578-million class-action lawsuit against the companies that run Ashley Madison after a hacker group's data breach exposed some 39 million memberships on the adultery website earlier this week. Charney Lawyers and Sutts, Strosberg LLP, both of Ontario, said in a statement that they have filed on behalf of Canadians who subscribed to Ashley Madison and whose personal information was disclosed to the public.

The action is brought against Avid Dating Life Inc. and Avid Life Media Inc., the Toronto-based companies that run AshleyMadison.com. The plaintiff in the lawsuit is Eliot Shore, an Ottawa widower. Mr. Shore says he joined the website for a short time in search of companionship after he lost his wife to breast cancer. 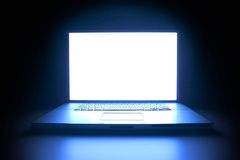