Merran Smith is executive director and Dan Woynillowicz is policy director of Clean Energy Canada, a national climate and energy think tank based at Simon Fraser University's Centre for Dialogue.

'We are at a crossroads between reliance on fossil fuels of the past and the renewable energy future ahead."

It was a remarkable statement from the minister responsible for energy in Canada. Natural Resources Minister Jim Carr sent a clear signal about the opportunity clean energy represents in his keynote address at the Future of Energy Summit in New York earlier this year.

"We can reshape the destiny of this continent by working together to create tomorrow's clean growth economy and the prosperity and jobs it holds," he said. "Our government is convinced that that future is within our grasp."

But seizing those opportunities will require fixing Canada's piecemeal approach to clean energy development, pronto. According to Clean Energy Canada's latest annual assessment of renewable energy spending, corporations and crown agencies spent 15 per cent less to develop new clean-power projects across the country in 2015 than they did the year before.

The decline in dollars – from nearly $12-billion to just more than $10-billion – is largely the result of a policy gap: As existing initiatives have run their course, new promises have not yet translated into concrete policy measures. That's having repercussions from coast to coast to coast, dictating where projects are moving ahead, or not.

Much of the credit for new spending, for instance, goes to large hydro projects in 2015. Manitoba's clean energy spending jumped 121 per cent to $704-million, most of which went toward building the Keeyask hydro project. Atlantic Canada's clean energy spending more than doubled to almost $1.2-billion in 2015, thanks to Newfoundland and Labrador's hydro development and Nova Scotia's wind power expansion.

Looking west, British Columbia's approval of the Site C dam is diminishing the prospects of other renewables; while it will spark an increase in spending in the years ahead, it will also flood the market with hydroelectricity, limiting the business case for smaller-scale projects. The province spent half as much on new clean energy projects last year ($790-million) compared with 2014, as run-of-river hydro and wind power projects that were previously on the books were completed.

Alberta and Saskatchewan managed to build only one wind project each in 2015 – but the situation isn't as dire as it appears. Although Alberta saw just a tenth of the spending in 2015 ($78-million) compared with the year before, the province plans to triple renewable power generation over the next 15 years. Saskatchewan's clean energy spending grew to $60-million in 2015, up from virtually nothing the year before. This trend should continue as the province doubles renewable-energy capacity by 2030.

Ontario remains out in front despite a modest decline in dollars over all. The province saw more than $5.3-billion invested in new renewable projects last year as it works to add 20 gigawatts of renewable energy capacity by 2025. Quebec's spending also dropped somewhat, yet the province still saw more than $1.9-billion invested in renewable energy, two-thirds of which went toward new wind projects.

So if we're building the "clean growth economy and the jobs and prosperity it holds," we have work to do.

Fortunately, that work is under way. Canada's federal and provincial leaders are building a national climate plan to meet or beat Canada's 2030 climate target. The unprecedented initiative puts climate and clean energy at the top of the national agenda, and a plan is due before year's end.

From Ottawa to Edmonton to Saskatoon, governments are saying all the right things about Canada's clean energy transition. And despite a slower year for clean energy spending in 2015, the fresh resolve we're seeing in some parts of the country has opened the door to renewed growth in the years ahead.

This is a pivotal time for clean energy. Ceres and Bloomberg New Energy Finance estimate there will be $12-trillion (U.S.) in renewable energy spending up for grabs over the next 25 years. The countries that come out ahead will be those that develop the technologies, the thinking and the experience first, and use it to compete and grow in the global market for clean energy solutions.

Canada could be among them, if we hustle. 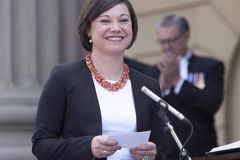 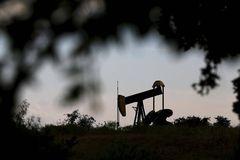