Bank of Montreal's surprisingly strong profit growth in the third quarter suggests that concerns about the Canadian economy may be overblown, even as oil prices remain weak and the dollar has fallen to its lowest level in more than a decade.

"I think the 'Sell Canada' narrative is a little overdone," Bill Downe, BMO's chief executive officer, said in an interview following a conference call with analysts.

"As long as demand in the U.S. continues to grow, demand for Canadian goods and services – particularly at these prices – will pick up."

BMO, the first of Canada's big banks to report results this week, said its profit rose 6 per cent in its fiscal third quarter compared with a year earlier, to $1.2-billion or $1.80 a share.

After accounting for some extraordinary items, adjusted earnings were $1.86 a share, handily topping analysts' expectations of $1.73 a share.

As expected, the bank held its quarterly dividend at 82 cents a share – unchanged from last quarter, when it raised the dividend by 2 cents.

The results contributed to some relief among investors, who drove up BMO shares by 2.4 per cent on Tuesday even as stock markets remained volatile following Monday's shocking global sell-off.

Still, BMO's results come amid a tumultuous time for Canada's big banks, shares of which have been on a downward slope over the past 12 months.

The Canadian economy has contracted for five straight months, raising the possibility that the country is heading into recession. Oil prices have also resumed their downward course, falling below $40 (U.S.) a barrel this week and putting renewed attention on corporate loans to energy producers.

Analysts flagged BMO's rising bad loans to the oil and gas sector as a potential concern.

Gross impaired loan formations – or bad loans – rose to $559-million, up from $454-million last quarter, largely owing to the woes of U.S.-based energy producers that comprise about 35 per cent of BMO's energy loans.

"The increase in gross impaired loan formations does give us some pause, though at this time we believe it is too early to suggest material credit concerns for BMO," Darko Mihelic, an analyst at RBC Dominion Securities, said in a note.

BMO said its loans to the oil and gas sector represent just 2 per cent of its overall loans, half of which are investment grade, and that stress tests using $35-a-barrel oil continue to show manageable losses in its loan portfolio.

"The oil and gas portfolio will see some strain under a prolonged period of low prices, and as you would expect, we are watching our portfolios carefully," said Surjit Rajpal, BMO's chief risk officer.

He added that consumer delinquencies in Alberta, the region hit hardest because of its high exposure to the energy sector, fell from last year and are below the national average.

The concern about loans, though, was more than made up for with improved results in other areas, including personal and commercial banking and wealth management, reflecting what Mr. Downe believes was a better half of the year for BMO.

"Basically, the third quarter confirmed what we had anticipated," Mr. Downe said.

Yet, analysts remained cautious about the results and peppered executives with questions about the bank's energy exposure during a conference call, asking whether stress tests showed any impact on bank earnings.

"The direct exposure is only 2 per cent of the lending portfolio," he said. "So, it's hard to have a big impact on the total bank when those are the numbers." 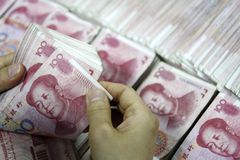 You should give banks, oil companies the Uber treatment
May 15, 2018 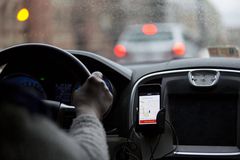 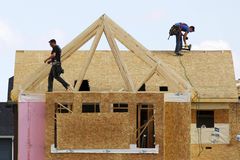 Strong economic numbers bring hope for a Canadian resurgence
May 15, 2018 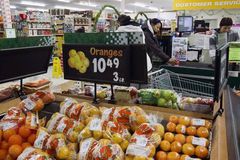