Canada's banking regulator is stepping up its scrutiny of the housing sector, concerned about speculators in Toronto and Vancouver as well as riskier lending practices.

In a series of documents made public on Monday, the Office of the Superintendent of Financial Institutions says existing market analysis does not capture the degree of speculation in the condo markets of the two cities. The regulator is also concerned about the long-term risks home equity lines of credit (HELOCs) could pose to the banking sector in a downturn.

As a result, OSFI has told the banks it will now monitor on a quarterly basis what steps the lenders are taking to avoid problems in the HELOC market. It also wants to spend more time compiling data on speculators in the real estate market, and the impact they are having on prices.

"Pure speculators are very difficult to quantify in the market and [are]not being captured in any typical market data," OSFI says. "Additional work [is] needed here."

The statements are contained in roughly 150 pages of documents made public by Bloomberg on Monday, which were obtained through access to information requests. The documents are heavily redacted, but contain details of OSFI's interaction with the banks.

The concerns about real estate speculation come a few weeks after the heads of three Canadian banks expressed worry over the Vancouver and Toronto condo markets in a potential downturn. Difficulty gauging the risk of an overheated condo market would cause problems for the banking sector if the market were to collapse.

The OSFI documents also show the regulator is concerned about whether the banks are loosening their lending standards on home equity lines of credit and mortgages in order to attract more business.

OSFI wants to take a closer look at the stress tests banks are doing in relation to credit lines, looking not only at whether consumers can meet their monthly interest payments, but if they could afford to pay the whole loan back over time. On a quarterly basis, the regulator will scrutinize how the banks are responding to the information these stress tests reveal.

"While OSFI recognizes the work already under way at banks to improve stress testing practices, it also notes the need for banks to continue to improve," said a letter from the regulator in late 2011. "Going forward, OSFI will be reviewing the actions associated with stress test results … as part of its quarterly monitoring process at individual banks."

Home equity lines of credit, in which consumers borrow against their home, can be more risky to borrowers since the interest rate charged increases as overall rates rise.

Bloomberg reported OSFI is also concerned that Canadian lenders are not employing strict enough standards on lending, including mortgages that may pose an "emerging risk" to the sector due to "increasingly liberal" lending standards. According to the documents, OSFI is concerned about mortgages given to borrowers who haven't had to prove their income, which bear a resemblance to "non-prime loans in the U.S. retail lending market."

The Bank of Canada declined to comment on the OSFI documents and on whether banks are loosening their lending standards.

Bank Governor Mark Carney has, however, consistently flagged household debt as the No. 1 domestic risk to Canadian financial institutions. Earlier this month, Mr. Carney reiterated that he is mainly concerned about debtors who would be most exposed to shifting economic conditions or job losses. Central bank policy makers say anyone whose debt-servicing costs amount to 40 per cent or more of their disposable income is "highly vulnerable" to such a shock. The share of Canadian households in this category is higher than the average of the past decade, the bank says.

Mr. Carney also has indicated he sees "a heightened risk of correction" in the condominium market in some cities.

On Monday, the Financial Stability Board – the global body that Mr. Carney now chairs – said Canadian authorities have managed things reasonably well, but warned that the housing market is seeing the highest price-to-income and price-to-rent ratios in more than three decades. Authorities should "continue to strengthen" their surveillance of potential trouble spots that could spread to the wider economy, the FSB said, and "consider expanding the range of tools at their disposal," without specifying what those would be.

Editor's note: The name of the Office of the Superintendent of Financial Institutions has been corrected from an earlier online version of this story 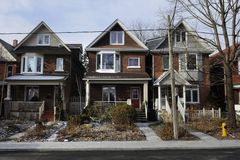 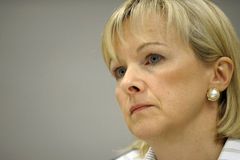