No wonder the big banks look at smartphones with a mix of optimism and apprehension: The banks drove consumers toward ABMs, telephones and computers, but mobile banking is now putting consumers in the driver's seat.

"We have to deliver convenience and flexibility. That's what our customers want."

But consumer demands go beyond making typical transactions, such as checking balances and making bill payments on the go.

Now, many consumers expect their smartphones to store credit and debit cards, turning their phones into wallets.

"That's going to be a journey for the industry, but that's ultimately where we go: I will only have to carry my phone," Mr. Marshall said.

But the journey could open traditional banking to a potential competitive threat from the likes of Apple Inc. and Google Inc., who can push aside a bank's traditional relationship with its customers and charge the banks fees when payments are made.

The threat is making some bank executives uneasy, and they are starting to speak up about it.

Bharat Masrani, chief executive of Toronto-Dominion Bank, warned last week that the banking industry "is changing in fundamental ways and at breakneck speed, as new technologies lower the barriers to entry and innovative competitors emerge."

The banks are now beefing up their own mobile-banking capabilities in response, to keep up with consumer expectations and ward off the competitive threat.

For example, Scotiabank is working on technology that will automatically recognize where its mobile-banking customers are travelling, to add a layer of security to credit card transactions.

The bank also has its own payments application, called Mobile Wallet, which allows its customers to make payments at stores by simply tapping their phones at checkout counters. (Other Canadian banks have developed similar apps, such as TD's UGO and Royal Bank of Canada's RBC Wallet.)

Consumers have been quick to embrace much of the new technology. Mr. Marshall said that half of Scotiabank's mobile-banking customers now use their smartphones exclusively to make transactions, and if you plotted the rate of adoption, the graph would look like a hockey stick.

"That, to me, speaks to the strength of the trend," he said. "ABMs took years and years for people to adopt them initially and then accept broader sets of transactions."

However, Scotiabank, like its peers in the Canadian banking sector, is not in the clear with its mobile-banking strategy.

One of the biggest concerns: Its payments app is limited to Android and BlackBerry devices. It can't be used on Apple iPhones, which is a huge omission, given Apple's massive share of the smartphone market, especially in Canada, and its ability to drive consumer trends.

Apple has developed its own payments system, called Apple Pay, which it has rolled out in the United States but is currently unavailable in Canada.

"We are watching that [U.S. foray] with interest, but that's about as far as it has gone so far," Mr. Marshall said.

He would not comment on whether Apple has approached Scotiabank with its own plans to extend the reach of Apple Pay into Canada.

"We have relationships with all the technology partners around the world, and there are always discussions around what is next," Mr. Marshall said.

But at the same time, he travels the world meeting with other banks to discuss what mobile-banking strategies they're pursuing.

"We're learning a lot from each other on the global stage, and influencing each other," he said. 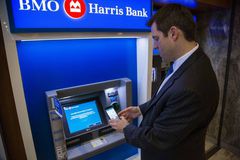 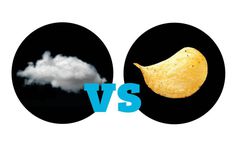 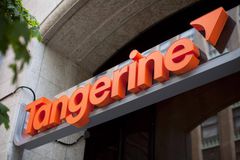