The British Columbia government is considering a plan to raise capital with a "dim sum bond" issue denominated in Chinese currency that would mark the first time a foreign government has tapped China's offshore debt market.

Officials from the provincial ministry of finance will conduct an investor road show in Asia next week, stopping in Beijing, Hong Kong and Singapore to gauge appetite for the proposed sale of B.C. government bonds. The securities would be sold in Hong Kong but denominated in China's currency, the renminbi, commonly called the yuan. The government has hired investment bankers from HSBC to work on the potential deal.

Jamie Edwardson, the finance ministry's director of communications, cautioned that a final decision on whether to proceed with the debt issue has not been made. "With the internationalization of the RMB and with our close connections with China we are looking at this as a possibility, but it is still some ways in the future," he said.

The possible move to sell yuan-denominated debt would serve as a goodwill gesture between the province and the Asian economic superpower. With its Pacific coastline and sizable Asian population, B.C. and its largest city Vancouver have deep ties to Asia, and China in particular. Increasing trade and investment with what is now the world's second-largest economy has long been a key priority.

Trade with China and its demand for resources including timber, metals and natural gas is a significant driver of the provincial economy.

If it proceeds, the bond sale would raise a minimum of 500 million yuan or about $80-million, according to a source familiar with the plan. The B.C. government needs to borrow $7-billion this year. So far, it has borrowed about $5.3-billion.

The World Bank, the Asian Development Bank and major multinationals including McDonald's, Caterpillar, Volkswagen and Tesco have all issued yuan-denominated bonds in Hong Kong over the last 18 months. This year, HSBC, ANZ Bank and Banco do Brasil sold "dim sum bonds" out of London. Most bonds cover a period of three years or less, reflecting the currency's volatility and expectations for appreciation.

"Dim sum bonds," as they are informally known, are one of several financial instruments attempting to internationalize China's currency and move it toward greater convertibility. Though China still tightly controls the movement of yuan in and out of the country, many investors use the offshore market to raise funds for operations inside China.

"My understanding is that we would be the first government to issue into this market," Mr. Edwardson said.

"It really helps diversify our investor base. It's a new market for us to get into. There are only so many triple-A [rated] issuers in this market," he added.

The Hong Kong bond market had lost steam earlier this year as the yuan's value, compared to other currencies, flagged. It picked up pace in November, however, buoyed by a stronger currency and promises of further economic reforms from the country's new government-in-waiting. According to Dealogic, 11 issuers raised more than $1.4-billion (U.S.) in November, almost double the amount issued the previous month.

The province has $51.1-billion (Canadian) in gross market debt, issued in Canadian and U.S. dollars as well as euros. About half of B.C.'s debt is held publicly in Canada, with foreign investors from the United States, Europe and Asia accounting for the rest of the province's debt holders.

Demand for Canadian government debt issues has increased in recent years, due in part to Canada's stable economic performance compared to the U.S. and much of Europe. 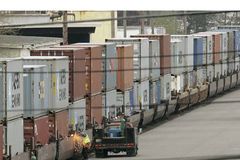 Why Canada’s health care system is not a Ponzi scheme
December 5, 2012 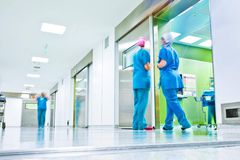 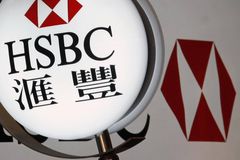 Follow Andy Hoffman,  on Twitter @iamandyhoffman
Report an error Editorial code of conduct
Due to technical reasons, we have temporarily removed commenting from our articles. We hope to have this fixed soon. Thank you for your patience. If you are looking to give feedback on our new site, please send it along to feedback@globeandmail.com. If you want to write a letter to the editor, please forward to letters@globeandmail.com.
Comments