BCE Inc. is appealing a ruling from Canada's telecom regulator to the federal cabinet, arguing the decision forcing it to give small Internet providers access to its highest-speed fibre broadband services will lead to lower investment.

The Montreal-based company is also asking the Canadian Radio-television and Telecommunications Commission (CRTC) to "review and vary" a separate part of the decision, which the regulator issued on July 22.

BCE filed a petition to the Governor in Council seeking a review of the decision on Tuesday, which, in addition to being the day after Liberals secured a majority government in the federal election, was the end of a 90-day timeline for such appeals.

The move comes as ultrahigh-speed Internet has emerged as the newest battleground for customers, with both telephone and cable companies recently announcing plans to roll out "gigabit" services that will offer download speeds of up to 1 Gb per second.

It will also put the issue of competition in the telecommunications industry squarely in front of the new government, and could be a first test of whether the Liberals will be friendlier to the sector's biggest players than the previous government was.

Since the 1990s, the CRTC has allowed independent players to access certain parts of incumbent telephone and cable companies' networks on a wholesale basis in a bid to increase competition for Internet services at the retail level. The decision this year ruled that the incumbents must allow independent Internet service providers (ISPs) access to the latest-generation of fibre-based services, including fibre-to-the-home (FTTH).

"The decision makes it unlikely that large-scale non-incumbent fibre-to-the-home networks will ever be built in Canada, or that many medium and most small towns and rural areas outside of Canada's largest urban centres will see the benefits of competitive fibre broadband networks," BCE said in its petition.

Stephen Zolf, a partner at Aird & Berlis LLP in Toronto with expertise in telecom law, said the industry minister – once he or she is named to cabinet – will have to consider, "Where along the continuum does the regulator stop? You have to ensure that the returns are there to make this substantial investment. You can't deny that these are huge capital investments in facilities. If you strike the balance improperly, you could well squelch investment."

Consumer advocacy group OpenMedia called the timing of Bell's petition a "cynical attempt to see if the new government will cave to requests that the previous government would have rejected."

"How the incoming government responds to this will be an important litmus test for Canada's digital future," OpenMedia campaigns manager Josh Tabish said Wednesday.

BCE's petition said the CRTC's July ruling "unfairly change[s] the existing rules applicable to fibre-to-the-home broadband networks by mandating reseller access to these networks while they are still in the process of being built."

The company argued the CRTC has long taken the view that its role is to encourage investment in actual infrastructure wherever possible and that the decision "effectively expropriates" new FTTH networks "for the benefit of other companies … that are not investing in infrastructure."

In June, shortly before the CRTC's ruling, BCE announced plans to spend $1.14-billion rolling out FTTH services in the city of Toronto.

Telus Corp., which offers Internet services in the Western provinces, made a similar announcement in the city of Edmonton prior to the CRTC ruling and also announced plans to invest $1-billion on a fibre-optic expansion in Vancouver earlier this month.

Independent ISPs welcomed the ruling in July. Matt Stein, CEO of Distributel Communications Inc., said at the time: "The commission took a great step today in favour of competition. In giving us access to fibre to the premise, they have ensured that as speeds and demands increase, we're going to continue to be able to provide service that customers want."

Rogers Communications Inc., one of BCE's main competitors in the Internet business, also saw the ruling as positive. CEO Guy Laurence said it would "level the playing field between cablecos and telcos."

Previously, independent players could access the highest-speed services cable companies offered over their legacy coaxial cable networks but could not access fibre services. Although cablecos do have fibre in their networks and routinely bring it directly to customers' doors in new developments, it is primarily telephone operators that have begun deploying FTTH to existing customers. That's because telephone companies cannot deliver speeds as high as the cablecos can on their legacy networks.

BCE said in its petition that it did not take the decision to appeal to cabinet lightly, arguing it has only taken the step four times in the past. However, not all CRTC decisions are eligible for cabinet review. BCE has also challenged certain decisions at the Federal Court of Appeal, including a commission ruling earlier this year on the company's Mobile TV app.

Prime minister-designate Justin Trudeau plans to appoint his cabinet on Nov. 4 and the new industry minister will have until July 22, 2016, one year from the CRTC's original decision, to rule on BCE's petition.

In BCE's application asking the CRTC to review and vary parts of its ruling, the company said in a separate filing on Tuesday that it was not challenging the commission's decision to grant wholesale access to FTTH.

Rather, BCE asked the CRTC to review parts of its decision related to "disaggregated" broadband services. Previously, the rules bundled access to the "last mile" along with transport of data to and from the broader Internet but the CRTC said that bundling will no longer be mandated.

The CRTC said it will take a period of three years to phase out aggregated access and the transition will begin in Ontario and Quebec, which is where many of the country's independent ISPs operate and also where BCE offers most of its Internet services.

Allstream, the enterprise IP services division of Manitoba Telecom Services Inc., also filed an application Tuesday asking the CRTC to review and vary part of its decision which relates to the timeline for phasing out mandated access to "unbundled local loops." The company said it relies on this access to provide certain services and disagrees with the timeline and process set out by the CRTC. 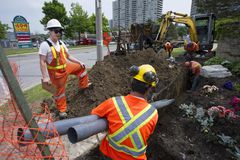 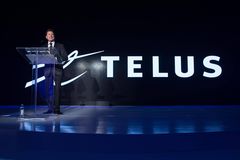