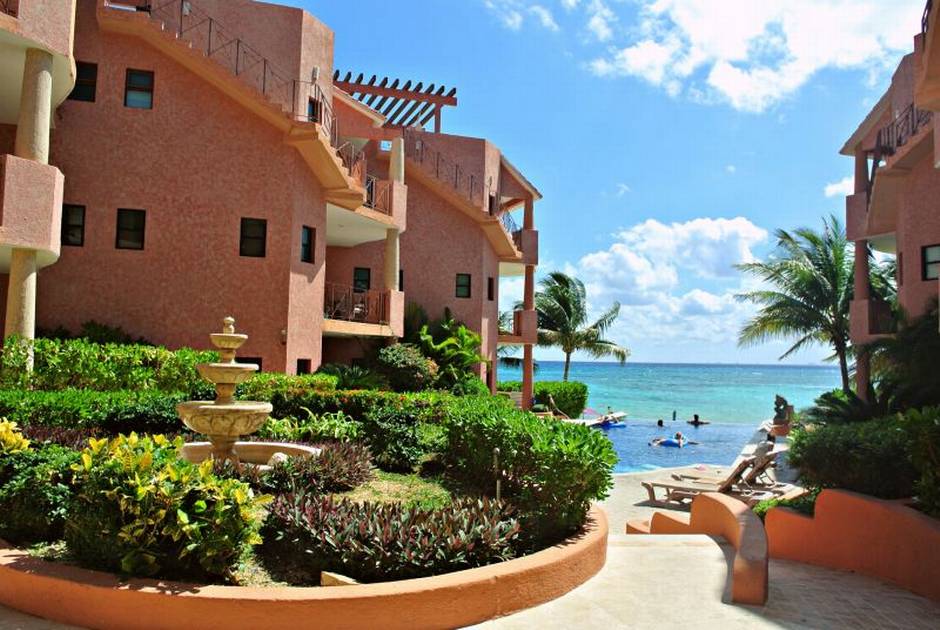 Mexico may take regular beatings in international news cycles, but when it comes to vacation housing, the country remains a top choice for investors. The Yucatan, especially, continues to exert an ever greater draw on winter-weary Canadians eager to walk the Caribbean shoreline.

“The news that I hear about Mexico is usually the crime,” said Eric Plato, a Toronto-based financial consultant who has just purchased a townhouse in Playa del Carmen. “But the Yucatan Peninsula and the Riviera Maya? You just don’t have that.” 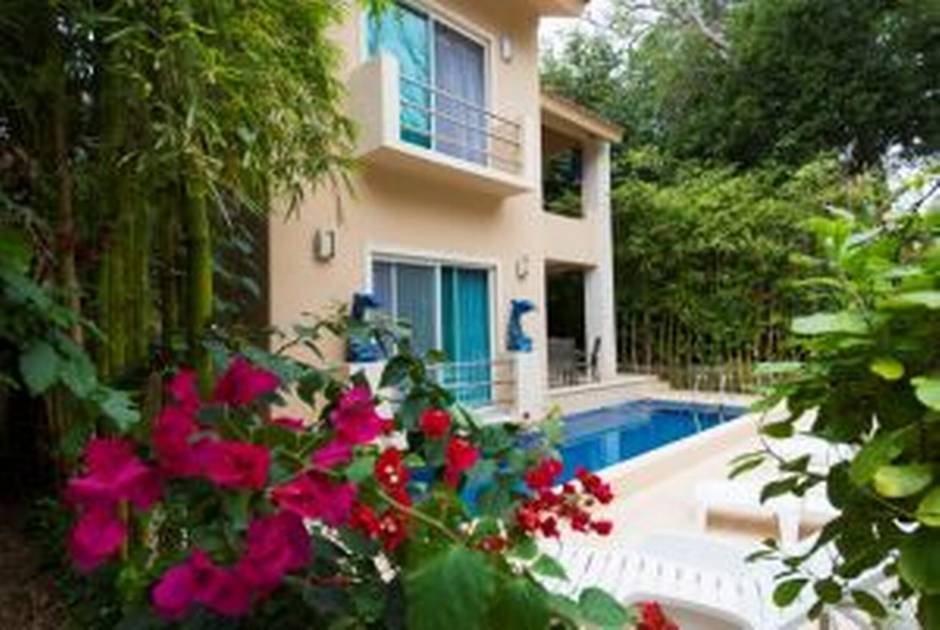 He first visited the resort town three years ago, and “I’ve never had any problems, and I’ve never heard of people having problems.”

Steve Didier, chief marketing officer at American Realty in Playa del Carmen, compiled a safety study for clients. “You are 47 times more likely to be the victim of a homicide in Orlando, Fla., than in Playa del Carmen. Violent crime is almost non-existent here.”

Rather, blessed with great weather, beautiful beaches and an abundance of shops, gourmet restaurants and services, the 130-kilometre-long strip of Gulf coastline known as the Riviera Maya has become a magnet for investment. With new housing developments breaking ground year after year, Playa del Carmen and Tulum are currently the fastest growing towns in Latin America.

Housing prices reflect that popularity. “The growth has been trending upward very steadily,” Mr. Didier said. “When the mortgage meltdown happened in the States, it did affect the Riviera Maya, but nothing went down. The rate of growth slowed, and since that happened, we have been experiencing 9- to 10-per-cent annual appreciation of property values.”

In Tulum, said Raminta Lilaite, partner in Riviera Maya Property Consultants, beachfront homes have doubled in price over the past two years, “from $75 (U.S.) per square metre to $150.” Within the town itself, she is seeing 10-per-cent annual growth, she said.

“About 15 new condo developments have broken ground in the past two years in the area,” said Mr. Didier, who is originally from Las Vegas, Nev. “The rate of development here is amazing. Demand is strong.”

A street in Playa del Carmen. (Mexico Tourist Board)

And because it is a cash-driven market, he added, there is no likelihood of the kind of devastation to property values he lived through in the United States six years ago.

Major developers, meanwhile, continue to spend billions on new projects. DreamWorks recently announced an $800-million investment in a theme park in Punta Maroma, while Mexican developer Grupo Vidanta plans to spend another $1.3-billion on commercial and residential projects near the Cirque du Soleil theatre it has already financed in the same area.

Mr. Plato said he regards his new property “as a good investment, because, for now, I may go three or four weeks a year, and rent it out the rest of the time. I have a lot of friends who are kind of thinking about the same thing,” he added. 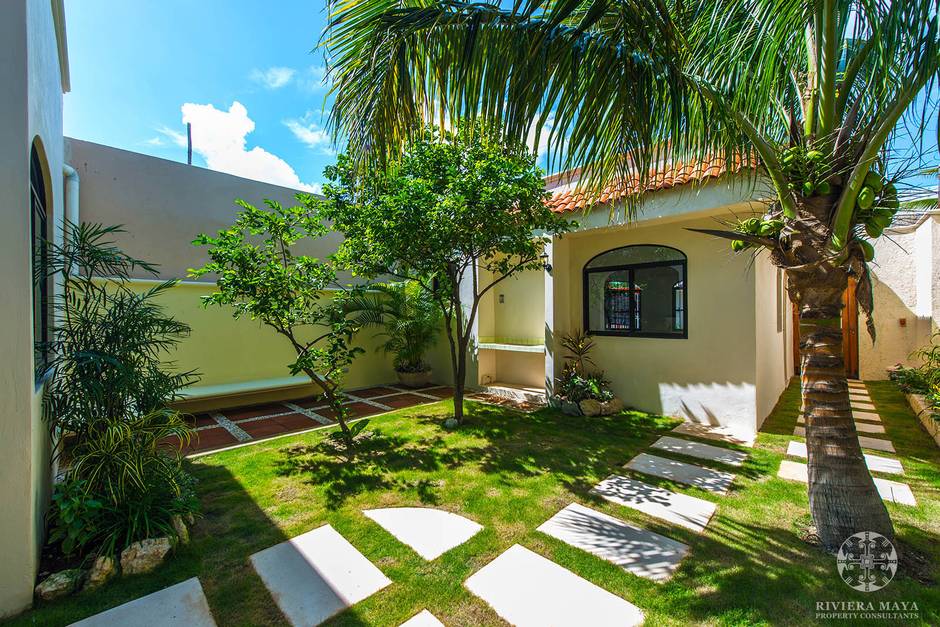 Unique two-part house in the heart of Tulum, up the road from the beach. Newly built with two bedrooms, this 100-square-metre (1,100-square-foot) property offers a main house separate from a guest house.

Tranquil garden, new water and sewage systems. Perfect for people who are looking for separate living and office space or for those who would like to rent a guest house and live in the main house at the end of the garden.

Mr. Didier’s company advises retired seniors, as well as pre-retirees such as Mr. Plato, who see the investment potential of owning property. While about 40 per cent of American Realty’s clientele tends to hail from the eastern half of both Canada and the United States, Mr. Didier has also noticed a big influx of buyers from South American nations, such as Brazil and Argentina, as well as a lot of Europeans. “It’s a really internationally diverse place,” he said.

Tulum, meanwhile, is attracting both celebrities and well-heeled city dwellers from New York and Montreal, “who are basically escaping city life and coming to Tulum to completely change their lifestyle,” Ms. Lilaite said.

“Recently we have seen an interesting trend of people moving here with their entire families,” she added. “They consider it a more healthy environment for their kids to grow up in.” Such families are there year-round, and can even send their children to private schools.

Prices run the gamut from one-bedroom condos for about $80,000 to multi-million-dollar villas with sea views, swimming pools and ample lots. Yet the average price of condos is between $200,000 and $250,000. “There are some affordable options,” said Mr. Didier.

Because they offer the convenience of year-round maintenance and management, gated communities and condominium projects are very popular. Yet vacant lots are also attracting buyers, who can then have purpose-built houses constructed according to their budget and lifestyle. In Harmony, a new “eco-friendly” subdivision in Tulum, 300- to 500-square-metre lots cost $150 per square metre, and are designed to blend in with the surrounding tropical vegetation. 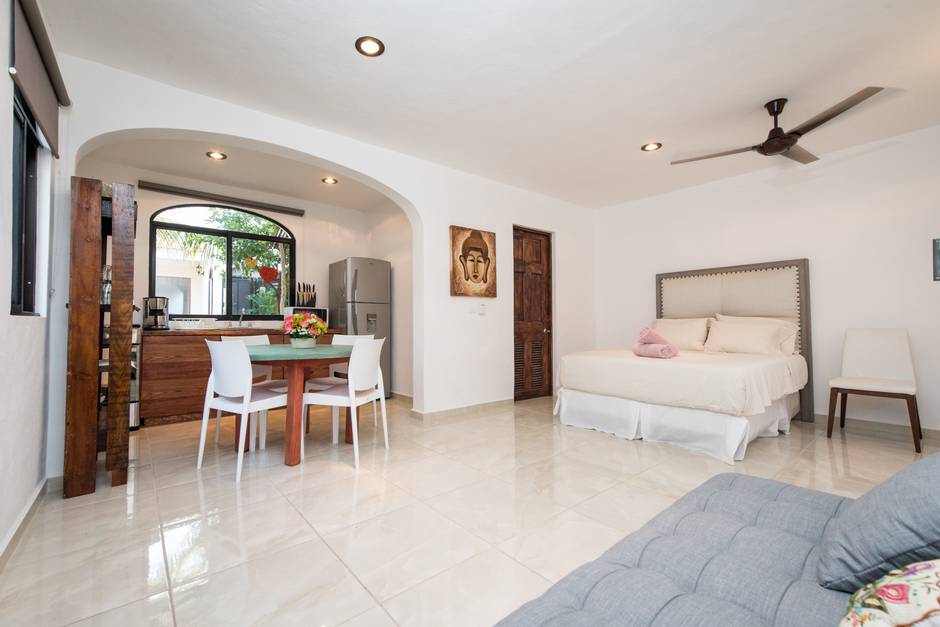 “When retirees are looking for a place to settle down, they are looking for a better lifestyle on the same budget,” Mr. Didier said. “They don’t want to be too far away from the grandkids and family.” There are regular non-stop flights to Cancun from various points in Canada and the United States.

Aside from warm weather and the relatively calm Caribbean waters, Playa del Carmen by now offers all of the supermarket and mall outlets already familiar to most urban dwellers across North America. There is good Internet access, 24-hour security, and hospitals with English-speaking staff catering to the region’s growing population of ex-pats, perks not always available in other parts of the county.

As Glynna Prentice, Mexico editor of International Living put it, “For a lot of people, Mexico ‘lite’ is exactly what they’re looking for.”

Another advantage: The Mexican government allows for 180-day-long tourist visas, “practically tailor-made for people who go down for the whole winter,” Ms. Prentice said. 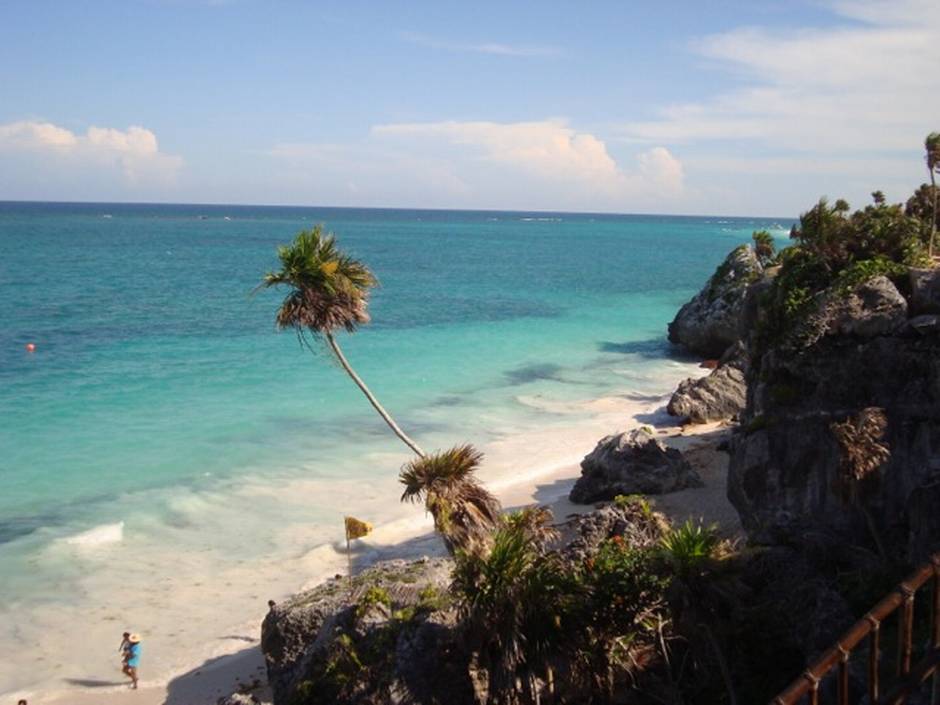 What ex-pats find in Tulum, meanwhile, is a tranquil environment where developers are under greater pressure to respect the Mayan ruins, forests and coastal mangroves.

“I like it [the region] because it’s more than just the beaches,” Mr. Plato said. “There are so many Mayan ruins, it’s just unbelievable, and I find it very easy to get around.” Because of its proximity to an international airport, he added, “I could base myself in Playa and easily travel to other parts of Latin America.”