The embattled foreign cartel that owns the Beer Store is trying to defuse growing criticism of its private monopoly by allowing Ontario-based brewers to buy minority stakes in the company.

But the move backfired shortly after it was unveiled Wednesday, with craft brewers saying the changes are insignificant and will do little to help beer drinkers access a wider variety of local suds. The brewers also said the Beer Store never consulted them before making the surprise announcement.

The private Beer Store – owned by Molson Coors, AB InBev and Sapporo – has a monopoly on beer sales in the province. Other breweries that want to sell in the store must pay a "listing fee" to the Beer Store's owners. This system has been under fire in recent months, with craft brewers saying they are unfairly frozen out and Premier Kathleen Wynne pledging to reform the system.

To stem the growing criticism, the Beer Store offered two carrots to Ontario brewers Wednesday: they can now become part owners of the company, and also pay lower listing fees. But the big three brewers will hold 12 seats on a 15-member board of directors, and retain overall control.

"It is calculated, it is self-serving. It doesn't serve Ontarians or brewers," said Jason Fisher, owner of the Indie Ale House in Toronto. He argued he should simply be allowed to open his own stores and sell beer, rather than being forced to do it through the Beer Store. "Why can't there just be competition? Why can't Ontario consumers have a choice?"

Peter Chiodo, founder and brewmaster of Barrie-based Flying Monkeys said there are more things the Beer Store could do in the current system to help craft brewers. For instance, most Beer Store outlets currently keep all the beer behind a wall, which makes it harder for customers to discover smaller brands, he argued.

"I want to see that wall torn down. That would benefit the consumer, who could walk in and have a good retail experience," he said.

The Beer Store's public relations firm did not respond to a request to interview president Ted Moroz.

"Today marks a new era for the Beer Store," said Molson Coors Canada CEO Stewart Glendinning in a written statement, adding the Beer Store is "opening up the system and making it even more transparent."

Some brewers were also stung the Beer Store did not consult them ahead of time, and accused the company of circumventing a government review process under way, led by former banker Ed Clark. Ms. Wynne has said she will follow Mr. Clark's advice.

"The process has thus far been excellent and we look forward to the substantial change that could be transformative for beer retailing in Ontario," he said.

The Beer Store has been feeling the heat since last fall, when Mr. Clark revealed details of a secret deal between the province and the Beer Store, inked in 2000. The government-owned LCBO agreed not to sell 12-packs or 24-packs of beer, leaving that market monopolized by the Beer Store. Mr. Clark also criticized the Beer Store for giving priority to brands controlled by the owners and burying craft brews.

The Beer Store is under further pressure from the Ontario Convenience Stores Association, which wants the right for corner-store owners to sell beer. The OCSA has promised its members would provide 30 per cent of their beer shelf space to craft brews. "The Beer Store isn't giving much help for brewers. We need a transparent, open beer market that brings us into 2015," said OCSA chief executive Dave Bryans.

Finn Poschmann, a vice-president at the C.D. Howe Institute think tank, said the announcement Wednesday would not give brewers who buy into the system much power.

"It's a very interesting step, it is likely to defuse some of the political and public pressure. But will it make a significant difference to the distribution mechanism or access to it? No," said Mr. Poschmann, who has done extensive research on the Beer Store.

The Beer Store announced two changes Wednesday: Ontario breweries can now buy minority stakes in the company, and craft brewers will receive discounted "listing fees" – the price they pay the Beer Store to sell their products.

Breweries that buy into the company will pay a nominal fee and receive a single share in the company: $1,000 for brewers selling more than five million litres a year, and $100 for brewers who sell less than that. The big three brewers who currently own the Beer Store – Molson Coors, AB InBev and Sapporo – will maintain overall control. Molson and AB InBev will each appoint five members to the board of directors, Sapporo will appoint two and other brewers will appoint three. 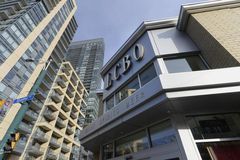 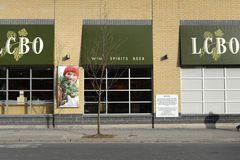