Bell Media is responding to a challenge to its CraveTV video streaming service, asking Canada's broadcast regulator to reject a complaint by two consumer groups for procedural reasons.

In a filing with the Canadian Radio-television and Telecommunications Commission Friday, the company asked the commission to dismiss the application filed last week, which Bell said is "frivolous and vexatious and has no reasonable prospect of success."

However, John Lawford, the executive director of the Public Interest Advocacy Centre (PIAC), says Bell's attempt to shut the complaint down at this early stage is in itself an abuse of process.

Bell launched the video-on-demand service CraveTV in December, offering a catalogue of more than 10,000 hours of past seasons of television shows for $4 per month.

(Bell Media is owned by BCE Inc., which also owns 15 per cent of The Globe and Mail.)

However, unlike the pay streaming service Netflix Inc., which is available to anyone who chooses to subscribe, CraveTV is only available to Bell television customers (or subscribers of TV distributors the company has struck deals with such as Telus Corp. and Eastlink).

PIAC, along with the Consumers' Association of Canada (together known as PIAC-CAC) filed the application last week arguing that tying the service to existing TV subscriptions runs counter to legislation around broadcasting and telecommunications as well as the CRTC's rules.

In Bell's filing on Friday, the company's chief legal and regulatory officer Mirko Bibic argued CraveTV is not subject to regulation due to an exemption for digital media.

He said the commission does not have the jurisdiction to rule that CraveTV be offered on an "unauthenticated" basis, meaning that there would be no requirement for a user to also have a television subscription.

"[PIAC-CAC is] effectively asking the commission to substitute their business judgment for Bell Media's as to how to distribute an innovative and popular new service in which we have invested hundreds of millions of dollars," Mr. Bibic said.

Mr. Lawford said Bell's request to have the commission dismiss the complaint at this early stage rather than going through the usual process of filing a reply within 30 days is in itself an abuse of process.

"If someone complains about a service and alleges it is or isn't in compliance with telecom rules, it's not appropriate to say we don't have a right to complain," he said Friday, adding that he will be writing a formal response to Bell's letter and filing it with the commission shortly.

"Bell can make all the same points they're making right now in their reply – that's basically what our letter is going to say," he said. "Complaining about a service or questioning whether its legal or not is not an abuse of process – it's a question for the commission to decide. Otherwise, nobody would be able to bring any complaints."

Bell's official reply is due March 12, but the company is requesting an extension of that timeline if the commission does not decide to dismiss PIAC-CAC complaint at this time.

Ann Mainville-Neeson, vice-president of broadcasting policy and regulatory affairs at Telus, argued PIAC-CAC's application is based on unsubstantiated allegations and relies primarily on arguments to amend existing policies.

Earlier this week, Montreal computer consultant Jean-François Mezei wrote to the CRTC requesting that the CraveTV and Shomi applications be merged and that the scope of the proceeding be expanded.

The CRTC rejected that request, noting it would review the responses received to the initial applications and determine at that time "whether additional process is required in order to gather as complete a record as necessary for the commission to render a decision." 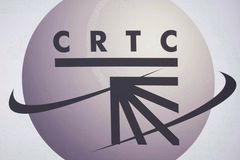 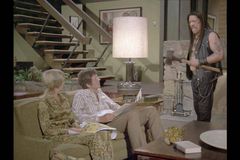