Speaking to a lunchtime crowd at the Canadian Club in Toronto on Monday, Mr. Cope reflected on starting the Bell Let's Talk corporate social responsibility program eight years ago. The broad aim was to help tackle the stigma around discussing mental illness, but it also forced Canada's largest communications and media company to consider internal changes for its own large workforce (it employed 48,000 people as of the end of 2016).

There was no existing standard for how to deal with mental health issues from a workplace perspective, he said, so BCE Inc.-owned Bell Canada worked with community leaders such as the Centre for Addiction and Mental Health (CAMH) to put together a program. He urged those in the audience to press their own companies to adopt the Mental Health Commission of Canada's national standard for psychological health and safety in the workplace, a voluntary program developed in part with funding from Bell and launched in 2013.

"We're certainly not perfect, but we've made significant strides," Mr. Cope said, noting that since 2010, Bell has provided mental health training for 10,000 employees, recorded a 20-per-cent reduction in mental health-related short-term disability claims and seen a 50-per-cent decline in relapses and reoccurrence. "For business leaders in the room, here's the call-out: The numbers are self-funding. There's no reason not to adopt a program in your company."

"I think the story for corporate Canada is it's our number-one cost for people away from work," he said in a later conversation with reporters, admitting there's a cost to establish such a program but saying it pays off in time. "So it's not just a social responsibility, but it's a corporate responsibility to help people get back to work earlier."

Mr. Cope said one of the major areas of change for Bell has been in offering flexibility to employees on short-term disability for mental health reasons in their return to work.

"Something as simple as just having a shower in the morning and getting into the office for a couple of days can be so important to the recovery. But if we say, 'We want you five days a week, 60 hours, on day one,' there's not going to be a recovery in this area."

Bell also announced Monday that it is committing $1-million to a fund to establish a standard – similar to the workplace program – for mental health best practices for Canadian post-secondary students.

Asked about smartphone usage contributing to anxiety and other mental health problems for young people, Mr. Cope said it's still a new area for the company, which is one of Canada's three national wireless carriers and biggest internet provider.

The eighth annual Bell Let's Talk Day is on Wednesday. The company donates five cents for every text message and phone call made by Bell customers as well as every social media post using the associated hashtag. Bell has donated $86.5-million to date and has committed to increasing its total donation to mental health causes to at least $100-million in 2020. 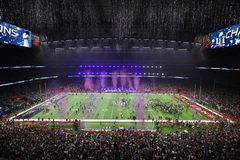 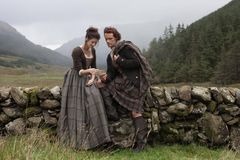