Bell Media is sparring with the federal broadcast regulator over a decision to ban a long-standing practice of substituting Canadian commercials for flashier American ads during the Super Bowl.

In a Sunday morning e-mail, Bell's chief legal and regulatory officer, Mirko Bibic, addressed all commissioners at the Canadian Radio-television and Telecommunications Commission (CRTC). He argued there is "overwhelming evidence" the move will harm Bell and its advertising partners, while hindering its ability to promote Canadian shows to millions of viewers.

By his own account, Mr. Bibic's collective appeal to the commissioners is unusual. "I do not often e-mail Commissioners about substantive regulatory issues and I have rarely (if ever) communicated to everyone at the same time to convey concern about a decision," he writes.

So far, his appeal has fallen on deaf ears.

Last Thursday, CRTC chairman Jean-Pierre Blais announced that for future Super Bowls starting in 2017, the Commission would ban the use of simultaneous substitution. Often called "simsub," it allows Bell-owned CTV to ask cable and satellite TV providers to swap its signal (and ads) into American broadcasters' feeds, boosting the revenue it can make from advertising.

Canadian viewers have lobbed complaints at the CRTC for years over being denied access to the more high-profile ads that air on U.S. TV during the Super Bowl. Mr. Blais said in a speech on Thursday that Canadians "will finally get free from an anachronism with respect to the Super Bowl."

But Mr. Bibic contends that in responding to those complaints, the CRTC has failed to balance the public interest.

"I really do believe the negative impacts to advertisers, Canadian content and Bell Media significantly outweigh the convenience to some viewers of being able to watch American ads within the broadcast itself," he writes to the commissioners, asking for a chance "to further discuss this issue with each or all of you."

Bell Media is owned by BCE Inc., which also owns 15 per cent of The Globe and Mail.

The CRTC's senior general counsel, Christianne Laizner, denied Mr. Bibic's request on Monday. The CRTC already considered input from stakeholders during a public hearing dubbed Let's Talk TV last year, she writes. Furthermore, the regulation making the change has yet to come into effect, and other decisions from the hearing into the future of Canadian TV are yet to be released, she continued.

"It would be unfair to other parties to the public proceeding for Commissioners to hold off-the-record conversations with one party with a view to altering a decision already taken," Ms. Laizner writes in an e-mail to Mr. Bibic.

In an interview, Mr. Bibic said stakeholders often meet with the CRTC and he is "exploring" whether Bell should take its case to a court, where the company would argue "that the decision wasn't based on any evidence on the [public] record."

"Look, the CRTC can portray the end of simsub for the Super Bowl as a huge consumer win, and heroic. But it missed the mark in terms of the fact that there's nothing good for Canada to come from that decision," he said. "The broader ecosystem loses. Canadian advertisers lose."

In a second e-mail to the CRTC sent Monday afternoon, Mr. Bibic also renewed his plea. "I respectfully disagree," he writes, adding, "I also do not understand how it furthers the public interest to prevent stakeholders from communicating with Commissioners after a decision is rendered."

A CRTC spokesman, Denis Carmel, said the Commission is not prepared to meet privately with Bell at a moment when it is deciding how to implement policy decisions.

"It's not whether they think the meetings are appropriate. It's whether we think it is appropriate. And the Commission does not conduct business behind closed doors," Mr. Carmel said. "They had a chance to make their point. And coming after the fact hoping to reverse the decision is contrary to our way of doing things." 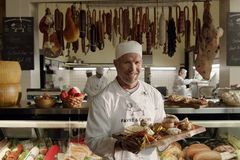 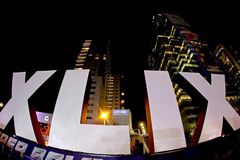 The Canadian connection to P&G’s 'Like a Girl' campaign
February 2, 2015 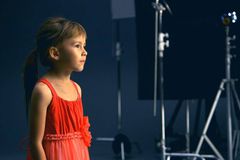 What the Super Bowl win says about markets this year
Subscriber content
February 2, 2015