Bell Mobility Inc. has lost an appeal of a class-action judgment that found the company liable to thousands of cellphone subscribers in Canada's three northern territories over fees for non-existent 911 services.

The Northwest Territories Court of Appeal concluded that the trial judge, who presided over what was the territory's first class-action lawsuit to go to trial, made no mistake in his interpretation of contracts that class members signed with the wireless carrier.

(BCE Inc., which owns Bell Mobililty, also owns 15 per cent of The Globe and Mail.)

The case began in 2007 when representative plaintiffs, Yellowknife residents James and Samuel Anderson, filed a lawsuit over Bell charging 75 cents a month, or $9 a year, for 911 service despite the fact that local authorities had not set up a 911 system for emergency calls.

The lawsuit extended to include about 30,000 Bell Mobility customers in the Northwest Territories, Nunavut and Yukon (except for Whitehorse, where 911 services were in place).

Bell appealed a May, 2013, ruling that found it was liable, arguing that the service agreements with customers gave it an express contractual right to collect the 911 fees. (The appeal court noted that due to the litigation, the company stopped charging the fee for contracts made after November, 2009.)

Justice Jean Côté, writing for the unanimous three-person panel of the appeal court, said the wording of the service agreements was not sufficient to allow the company to collect the fees.

"In my respectful view, connecting someone to nothing is still nothing," he said in a decision published Wednesday.

Justice Côté further noted that the fact that 911 calls in the Territories are sometimes routed to recordings that suggest the caller dial local emergency numbers (but do not actually provide those numbers) did not help Bell's case.

"To seek to charge for that by calling it 911 service seems to me very unreasonable. It is like delivering to a starving person a photograph of a turkey dinner, and then charging him or her for a turkey dinner (or delivery of one)."

Apart from an adjustment of $18,000, the court also upheld a legal costs judgment that ordered Bell to pay the plaintiffs a total of about $340,000.

"We are pleased the court affirmed the position which we have been taking throughout the litigation, which is that the people of the North should not have to pay for service that was not provided," Samuel Marr, a Toronto lawyer who represented the plaintiffs, said Thursday.

The trial decision did not address the issue of damages, which will be the subject of a separate trial. In the costs award, the trial judge said he accepted the plaintiffs' estimate that damages would exceed $1.5-million. Mr. Marr said Thursday that the plaintiffs require further disclosure from Bell, adding that at this point he anticipates pursuing a claim for between $3-million and $5-million.

Bell is also facing two other class-action lawsuits related to its wireless business, both of which have been certified in Ontario. The first is over the expiration of Bell Mobility, Virgin Mobile or Solo Mobile prepaid phone cards when the cards still had a balance remaining. The second, in which Telus Corp. is also a defendant, is over billing practices of rounding up to the next minute for voice calls.

Rogers turns to courts in attempt to block Glentel sale to BCE
December 17, 2014 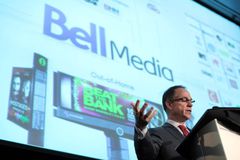 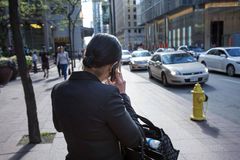 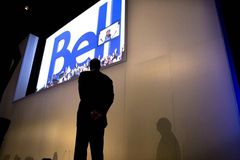 Bell, Telus face class actions over rounding up calls to next minute
November 27, 2014 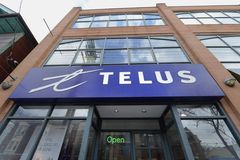