Much of the local television programming that Canadians cherish won't survive without a new revenue stream for broadcasters, BCE Inc. is warning, while pleading with the federal TV regulator to be measured in its efforts to boost consumer choice.

On Wednesday, a phalanx of executives from Bell Media, which is owned by BCE, spent more than five hours arguing the company's case on a range of issues at Let's Talk TV, a regulatory hearing exploring a sprawling list of proposals that could dramatically reshape the TV landscape in Canada.

Bell Media owns the CTV network as well as 35 specialty channels, such as TSN and Bravo.

Officials from the Canadian Radio-television and Communications Commission (CRTC), which called the hearing, pressed Bell about whether the company is really doing enough to keep viewers satisfied. Bell pleaded that to do so, it needs the ability to charge subscribers fees to sustain local programming, and the freedom to set the size of its basic TV package.

"I don't have a Plan B," he said. "But I believe this with all my heart: It's not going to be good for Canadians or for Bell."

Bell's 30 local television stations lost a combined $12-million last year, Mr. Crull told the hearing. "The economics of an advertising-only revenue stream can no longer pay for the costs," he said, adding that having already cut staff and automated newsrooms, Bell is "out of cost ideas that don't dramatically damage" the on-air product.

To stem its losses, Bell proposes a "local specialty" model that would allow it to charge distributors a wholesale fee for local channels that are currently free over the air – a cost distributors would likely pass on to viewers on their cable or satellite bills.

The CRTC has proposed shutting down over-the-air transmitters (OTA), which broadcast free signals but are expensive to maintain, but Mr. Crull said ditching OTA without new revenues "would actually make a dire situation even worse."

The CRTC is also considering mandating a new, stripped down "skinny basic" pack of essential channels and allow viewers to choose and pay for extra channels one by one. A skinny basic package might have as few as a dozen channels, while Bell's current basic "Good" bundle has several times that many – up to 158, if more than 70 music stations are included. In submissions to the hearing, Bell said it would accept pick-and-pay, but only if it can decide what's in its basic package.

Mirko Bibic, Bell's chief legal and regulatory officer, warned that with pick-and-pay and skinny basic combined, the costs of individual channels and of larger bundles "will go up, that's for sure."

The two sides duelled with competing statistics: A Bell-commissioned survey found that just 13 per cent of Canadians supported a skinny-basic model, but a CRTC poll showed only 36 per cent of TV subscribers were satisfied with the price of their services.

"Satisfaction kind of falls off the table when you start talking about price," said the CRTC's Ms. Molnar. "Under your proposal, you retain full control over the entry level into the cable system."

Bell also joined a chorus of calls for deregulation, voiced by Google Inc. and Quebecor Inc. earlier this week. The domestic TV broadcasters, which are heavily regulated, say they face unfair disadvantages when trying to compete with foreign online streaming competitors such as Netflix, which are exempt from those rules.

Mr. Crull stressed that Bell has 76 scripted TV shows in development, including Canadian and locally focused programs, which a Netflix model couldn't sustain.

"We could not generate the volume, the variety and the quality of programming that we do today in an [over-the-top] world," Mr. Crull said. "… We can't beat [Netflix] at their game." 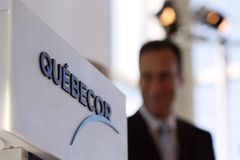 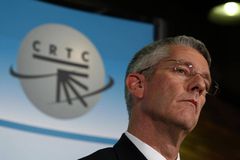 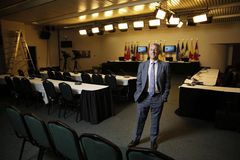 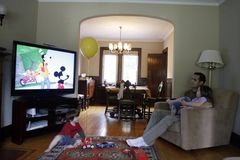 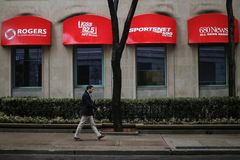