Canadians can no longer assume they will retire with security. Many are seeking increasingly scarce work while others flail as their once-flush retirement accounts hemorrhage. A Globe and Mail series beginning today shows that the crisis in Canadian pensions is not looming; it is here, and has been for some time. A concerted national effort, involving changes in policy, behaviour and mindset from governments, businesses, unions, pension overseers and individual Canadians, is needed to repel the crisis.

The financial crisis is just the public face of the pension crisis. Stock market plunges have devalued everyone's savings in the short term, draining retirement accounts by $50-billion, according to one estimate. When companies started toppling, apparently secure pensions were thrown into bankruptcy court (where they were put at the back of the creditors' queue, as with Nortel); or they were thrown into rescuing arms; General Motors had received pension funding exemptions because it was deemed too big to fail, and this year governments decided that it was also too big to be allowed to fail.

But the gestation period for the pension crisis has been long. Private sector participation in workplace pension plans has been falling. Defined-benefit plans that deliver a guaranteed income benefit amount are disappearing, covering 41 per cent of all workers in 1991 but only 30 per cent in 2006. Pensioners in the steel and forestry industries have already met the fate now being meted out to Nortel retirees. The mentality that informed the too-big-to-fail policy - defer or forget about the problem, because it will eventually get fixed or fix itself - afflicted policy-makers, pension administrators and beneficiaries of all sizes. Infrequent assessments of pension plans, done only every three years, predicated on unreasonable assumptions about investment returns, made pools of savings look more enduring than they were. Employers and employees failed to strike deals to rebalance plans, even when the number of retirees started to exceed the number of workers.

Another set of poorer Canadians should never have had the illusion of security in the first place. A large proportion of workers - 44 per cent, or eight million Canadians - have neither an RRSP nor an employer-based registered pension plan. A growing proportion is self-employed. They will depend on the Canada and Quebec Pension Plans and government backstops like Old Age Security. These provide basic assistance, but little more. The maximum CPP monthly payment for a 65-year-old is $908.75. Unless blessed with other assets, a senior who relies on the public system alone lives a life of poverty.

Meanwhile, government finances are getting squeezed in two ways. More than five in six public-sector workers are in registered pension plans, usually requiring significant government co-payments; unlike their private-sector counterparts, these workers have successfully maintained relatively expensive benefits during collective bargaining. Second, an aging population means governments are spending more on health care, while the proportion of taxpaying workers falls. Increasing taxes, and increasing public spending on retirement income, are not solutions to the pension crisis.

With so many Canadians at personal financial risk, a new approach is needed. Regulators must be more active in monitoring plans between official evaluations. Governments should facilitate the creation of multi-employer pension plans, whose scale can help spread risk and attract workers from smaller workplaces; new plans could get tax credits to encourage their growth. Commitments inherent in existing defined-benefit plans should be legislatively enshrined, so that they cannot be lost in bankruptcy or squandered when good times make plan administrators succumb to the temptation to reduce incoming payments. The principle, outlined by University of Toronto professor Keith Ambachtsheer in an unpublished paper, is that "accruing pension promises must be fully costed and fully funded at all times."

But employers do not need to wait for the government's hand. They can ensure their plans are better funded by setting higher default contribution rates from employees. Other employers can facilitate payroll deductions to the savings account of the employee's choice. As long as these schemes, or "nudges," as described by the economists Cass Sunstein and Richard Thaler, still leave the ultimate choice on whether to participate in the hands of individual workers, they should be pursued widely. And employers must see the larger public benefits that come with their sponsorship of pensions. Without their participation, families and governments will buckle under the pressure to provide for Canada's retirees.

Institutions can only do so much; pensions are just part of a larger process of retirement planning incumbent on every Canadian. No amount of alchemy, short of another stock market boom, will make the lost assets return. Individuals need to make their own contribution to build or rebuild their savings. And they need to embrace financial literacy as a competency for life, just as they learn safe driving.

As a society, Canada decided many years ago that its older people and retirees should not have to depend purely on family, charity or their own devices to live. But the promise inherent in our patchwork pension framework has unravelled. National will must be summoned to repair it. 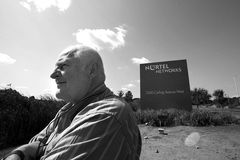