Some bankers become CEOs on the strength of their knowledge of the consumer business. Others are commercial lenders, and come with a grasp of the risk profile of the bank's loan portfolio. Still others know the corporate business inside out, or the intricacies of managing people's wealth.

Bharat Masrani is the rare banker whose career has spanned all these areas and more – which is why, according to people who have watched his rise, this 56-year-old banker's banker is designated to become the chief executive officer of Toronto-Dominion Bank in November, 2014.

"How many guys have become CEOs of banks with such diversified experience – in retail, wholesale, wealth management?" says Bill Brock, a retired TD vice-chairman who became aware of Mr. Masrani as a young commercial lender in the late 1980s-early 90s – and worked with him in sorting out the bank's troubled loans from 2002 to 2004.

Mr. Brock said the younger man's training over 26 years involved exposure to a breadth of management roles that included "the whole business of trying to keep the bank on track for credit quality."

Mr. Brock had left by the time Mr. Masrani tackled the position that became his springboard to the CEO post: He has been spearheading TD's ambitious growth strategy in the United States as group head of U.S. personal and commercial banking. TD is now one of the 10 biggest commercial banks in the U.S.

That assignment will end July 1 with his promotion to chief operating officer, the prelude to taking over the CEO position late next year, succeeding Ed Clark, the dean of Canadian bank CEOs after 12 years in the job.

Mr. Masrani is described by colleagues and associates as quiet, unflamboyant, soft-spoken and thoughtful. But his personal background distinguishes him from other CEOs of major Canadian banks, as the first member of a visible minority to gain entry to this club.

Born in Uganda of South Asian heritage, he moved to Britain where he went to school, and then to Canada, where he attended York University in Toronto, gaining both a bachelor's degree and MBA from its Schulich School of Business.

On Wednesday, he played down his ground-breaking appointment, saying he does not look at it through the lens of his heritage. But he acknowledged that the bank "has exposed me to different countries, different businesses, different complexities, and I've grown with the bank as the bank has expanded." His one personal note was a reference to his wife, Shabnam: "I met my wife here, and look how things have turned out."

He joined the bank in 1987 as a commercial lending trainee, and he climbed up the ladder, taking on responsibilities for, among other things, India and Europe, and key roles in corporate and wealth management areas. After working with Mr. Brock on the bad loan portfolio, he moved on to become vice-chairman and chief risk officer before being named head of the U.S subsidiary in 2008.

He has been a star in every job he has taken on, say observers familiar with the selection process. As a prime instrument in his leader's vision of growing TD as a North American bank, he clearly had Mr. Clark's blessing, which is influential even though it is the board that selects the CEO.

Some in the banking community expected to see Tim Hockey, head of Canadian banking, ascend to the top job but Mr. Masrani clearly gained the inside track through his ability to manage the U.S. file. The heart of that U.S. business is retail banking, and retail operations are at the core of all TD, as well.

Mr. Masrani seems comfortable with advancing that role. TD Bank in the United States, in its efforts to push its retail presence, has trademarked itself as "America's most convenient bank." Mr. Masrani bought into that concept and liked to repeat that slogan. 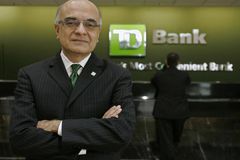 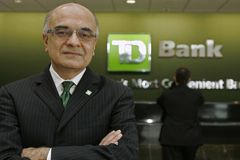 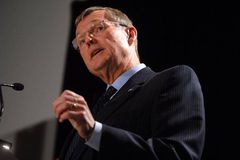 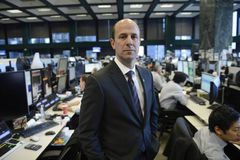 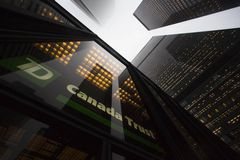