Canada's high-tech sector is getting bigger and busier – which bodes well for deal makers, since no area is as hot right now as digital commerce.

From the initial public offering of Twitter Inc. to takeovers such as Facebook Inc.'s monster $19-billion (U.S.) acquisition of WhatsApp, deals and fees are flowing faster than at any time in a decade. The volume of worldwide mergers and acquisitions so far in 2014 is higher than at any point since the dot-com boom, according to figures from Thomson Reuters.

Canada's technology sector still remains dwarfed by other areas such as financial services, mining and energy, but the area is likely to generate a disproportionate number of deals this year. Bankers say a half a dozen or so companies are candidates for IPOs, while established companies are looking to do transactions.

"Companies that are growing in Canada continue to do interesting deal after interesting deal," said Alex Graham, managing director and head of communications, media and technology investment banking for the capital markets unit of Royal Bank of Canada.

Investors who were rewarded with huge gains in tech stocks on the Toronto Stock Exchange last year are more than happy to plow more money into the space. The median gain for a TSX tech stock last year was 68 per cent.

"This is the best the market's been in over a decade," said Neil Selfe, the head technology banker at GMP Securities. The difference between now and the dotcom bubble is that investors are "much more selective."

Mr. Selfe said that this is the first time in his 20-year career that Canadian tech companies are so sought after by growth-oriented investors that the buyers are willing to pay valuations that are at least in line with, if not more than, what they could obtain in the United States.

The timing could not be better for companies such as as Shopify, Vision Critical, HootSuite, Desire2Learn and BuildDirect, some or all of which are expected to look at going public this year. Each is a big, well established business – a contrast to previous years, when IPOs were generally of smaller companies. A few years of underwhelming appetite for technology stocks has prompted these firms to stay private longer than similar businesses did in the past. They've been aided by their ability to attract venture capital investment, which has allowed them to grow large without tapping public markets.

"With the late stage capital that's available, companies are allowed to grow and prosper in a private context," said Mike Lauzon, a technology specialist at the investment banking division of Canadian Imperial Bank of Commerce.

The best example of that might be Shopify, an Ottawa-based company that helps businesses create online stores. Its last round of venture capital financing valued Shopify at $1-billion or more, a milestone only a couple of dozen companies in the world reach each year.

"There is an enthusiasm that by this point next year we will have seen a handful of high quality companies successfully IPO," Mr. Graham said.

It's not just the new issues that have bankers jumping. There is also more business coming from existing public companies. They are buying bigger assets, and using more types of financing. That means more fees for bankers.

Companies such as Constellation Software Inc., CGI Group Inc. and Open Text Corp. have been active buyers of other firms. Now they are all getting to a size where they must do large transactions, and that generates a need for large financings. Open Text, for example, tapped the U.S. term loan market for the first time to help pay for its $1.7-billion takeover of Maryland-based GSX Group.

Such "major league transactions" are likely to keep coming, Mr. Graham said, adding that when it comes to billion-dollar acquisitions, "we will have a good handful of them." 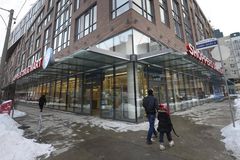 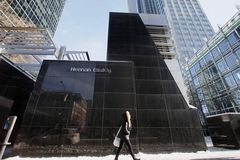 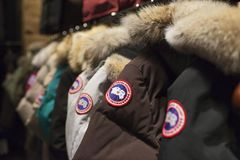 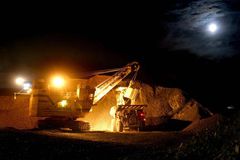 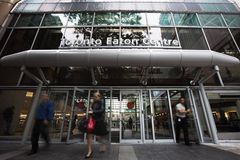 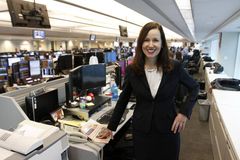