Since the Chinese government unveiled new rules in August to keep capital in the country, Chinese appetite for big property acquisitions has waned noticeably and the size of deals has shrunk, say deal makers in the sector.

"We have seen a dramatic drop off since the summer of last year," said Gary Morassutti, managing director with Royal Bank of Canada's capital markets real estate group.

Before that, Anbang had paid $1.03-billion for the Bentall Centre office complex in Vancouver and $1-billion-plus for B.C. retirement homes. Leadon Investment Inc., an investment group with ties to Hong Kong, spent $1.1-billion on a package of hotels sold by B.C.'s public pension manager and China Minsheng Investment Group paid about $200-million in the acquisition of Grouse Mountain Resorts.

"If you were a vendor and you had good-quality product, especially if it was a hotel, office or seniors product, the vendor would always say, 'Find me the Chinese buyer,' which is analogous to saying, 'Get me a big price,'" Mr. Morassutti said.

"Now they are not saying that because they know the Chinese buyer is not there temporarily," he said.

Other bankers have had similar experiences. "China continues to look at Canada as a safe haven for investment, especially in real estate. But, [with] changes in how the Chinese government is looking at foreign-capital flow, we are seeing less inquiries coming in from China about some of the commercial real estate opportunities," said Ashi Mathur, deputy head of investment banking with Bank of Montreal.

A survey by commercial realtor Cushman & Wakefield found big Chinese investors are having a harder time brokering foreign deals in the wake of the new rules.

Nearly half of the 40 large Chinese and Hong Kong-based investors polled found it "extremely difficult" to make acquisitions, while 10 per cent said it was "impossible for us to transact overseas," and said their funds were likely to remain in China. For the investors still able to do deals, most found the approval process slow, according to the survey.

"The desire to get the money out is still there. It's just that the bigger ones are being scrutinized very carefully," said Gordon Houlden, director with the University of Alberta's China Institute, which tracks all Chinese investment in Canada.

"If you are a [state-owned enterprise], you are under tremendous pressure to hew to the government's desire, and if you are at a private company, you may have to be practical and say, 'Will we go through this exercise and find that it doesn't pass muster?'" he said.

The University of Alberta institute found that the value of deals have become smaller, suggesting that the Chinese policy is having some impact in Canada.

Nine commercial real estate deals worth a total of $1.47-billion closed in Canada last year, excluding the Anbang deal, according to the China Institute, compared with nine transactions worth $3.05-billion in 2016.

Although Mr. Houlden said it was too soon to say definitively that the restrictions have had an effect in Canada, he said there has been a "clear decrease" for Chinese global investment in commercial real estate in both the volume and size of deals.

"Regulations do have an effect," he said.

Other rules to keep capital in China were introduced in 2016, such as stopping state-owned enterprises from investing more than $1-billion in foreign real estate and requiring government approval on certain large deals.

Chinese investors have been moving money out of the country for years on concerns that their wealth would evaporate in the face of a slowing economy, policy changes and a government crackdown on corruption.

Anbang is one of several large Chinese companies caught up in the country's anti-corruption probe. Last February, Ottawa gave Anbang the green light to buy the retirement-home business. That was the last big Chinese-Canadian transaction to close before China's new investment rules were introduced.

The government's seizure of Anbang on Feb. 22, coupled with the prosecution of its chairman, is so recent that it is not yet known whether it will affect commercial real estate values in Canada.

"Anbang has been out as a bidder for about a year now and their absence has not caused a meaningful shift in values that we can see," said Chris Langstaff, LaSalle Investment Management's head of Canadian research.

"My sense is Chinese capital will be less of a factor in the Canadian market in the near term at least, compared to, say, [the past] five years." 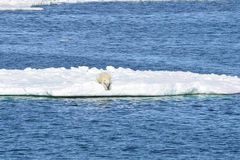 China turns to proverbs for legitimacy as it seeks greater global role
March 8, 2018