Securities regulators in Ontario are reviewing the way companies disclose information about the fairness opinions they commission to win shareholder support for takeover deals.

The review by the Ontario Securities Commission comes in the wake of a ruling by the Yukon Court of Appeal in late 2016 that struck down a $2.5-billion (U.S.) takeover offer by Exxon Mobil Corp. for InterOil Corp. on the grounds that a bare-bones fairness opinion in InterOil's proxy circular contained too little information to properly inform investors when they voted on the deal.

Among the concerns, the court said there was not enough disclosure about the success fee that would be paid to banker Morgan Stanley – which provided the fairness opinion – if the deal was concluded. Prior to the court decision, boards in Canada typically reported little about the opinions provided by financial advisers on a proposed deal, usually including just a sentence or two in the proxy circular saying the adviser found the terms to be fair to shareholders, but offering no detail of the analysis.

The OSC has not previously weighed in on fairness opinions, leaving it to companies to decide how to report on the reviews. New guidelines, however, would be a first step toward improving reporting for investors.

Naizam Kanji, director of mergers and acquisitions at the OSC, said there is no requirement for boards to commission a fairness opinion from a financial adviser when reviewing an offer, but the regulator believes it should have a role in monitoring the quality of the disclosure presented to investors in proxy circulars when one is used.

"We are looking at whether, as a result of this [InterOil] decision, we should be providing more clarity around what kind disclosure is provided in these three areas," he said.

Mr. Kanji said the OSC's guidance will likely be added as a section within a staff notice that the regulator plans to issue this spring on disclosure in cases of conflicted deals involving related parties.

Many deal advisers are not waiting for regulatory guidance and are already recommending that companies provide more information in light of the InterOil decision. Following the appeal decision, InterOil won court approval for the Exxon deal after revising its fairness opinion and holding a new vote. The Yukon court used even stronger language in granting final approval, saying requirements such as a detailed fairness opinion provided by an independent financial adviser "provide a minimum standard" for a plan of arrangement.

Deal lawyer Patricia Olasker said the response to the appeal decision is varying depending on the circumstances of deals. Deals facing opposition, for example, are more likely to get detailed disclosure about the analysis behind the fairness opinion, and even a second fairness opinion from an independent financial firm, to ensure there are no grounds for a challenge to succeed.

"I think different deals will demand different outcomes – I think no longer can you just assume that the old way will continue to be an acceptable way," Ms. Olasker said.

The court decision didn't change law, but expanded on the principle that shareholders deserve transparency about key

the merits of a deal, said lawyer

"It's a forced sale of your shares, and it's almost like a board stands there and says, 'Don't worry your head about this, trust us.' And that's not fair to shareholders," she said.

Companies could simply respond to the ruling by automatically commissioning a second, independent fairness opinion as a matter of course, and could always provide full disclosure of the analysis to ensure there is no legal problem that could scuttle a deal, said Jeremy Fraiberg, a lawyer who advises on M&A deals.

But he said directors have to consider the cost to shareholders. InterOil paid $4-million for a second, independent fairness opinion from Bank of Montreal, and put far more disclosure into its revised proxy circular.

Even without a pricey second opinion, Mr. Fraiberg said the initial advisers will charge more for fairness opinions when all the details must be disclosed.

"There's more work for the bank, and there's arguably more risk because when you start showing your work, people can start pulling on the threads of it," he said.

Mr. Dey, who provided expert testimony for Mr. Mulacek's challenge of InterOil, said deal analysis is a mixture of art and science, and there has been a reluctance among financial advisers to put all their work "out there for criticism."

"Advisers are being compensated for advising companies, and they have to be accountable for the advice they give," he said. "And the only way they can be accountable is to make their analysis available to the public." 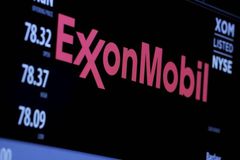