About a year ago, Neil Selfe resigned as GMP Capital's technology and special situations investment banker. A few days later, he had his own boutique – Infor Financial Group Inc. – up and running.

In some ways, Infor looks a lot like GMP, offering financial advice to companies in areas such as mergers and acquisitions (M&A), restructurings and corporate finance. What you will not find at Infor, though, is a sizable sales and trading desk. The firm has only two licensed salesmen (and Mr. Selfe is one of them), no traders and no analysts.

Mr. Selfe has little interest in building a traditional full-service brokerage firm. Instead, he's concentrating on carving out a niche in advice only.

"With the way the Street has changed, it's actually easier to start from scratch and build the right model for today's market from the ground up than it is to be saddled with hundreds of people and try to tear it down," Mr. Selfe said.

GMP and Canaccord Genuity Group are some of the old-school full-service boutiques in "tear-down" mode – cutting jobs and pulling out of markets hook, line and sinker. In recent years, the full-service independent business model has been torn asunder by a painful downdraft in commodity prices, and the relegation of once vastly profitable business segments such as sales and trading to loss-leader status. With a considerably lower cost structure than traditional brokerages, Infor keeps a much bigger percentage of revenue it brings in.

"Our aim – and I think we were last year – was to be the highest revenue per head on the street," Mr. Selfe said.

"We want to make more money per employee."

When he left GMP, Mr. Selfe brought with him some of the big client relationships he spent years cultivating, such as CI Financial's Bill Holland and Element Financial's ever-acquisitive Steve Hudson. Little surprise, then, that a few months after its founding, Infor was named as an adviser on Element's $8.6-billion acquisition of General Electric's fleet-management business. Earlier this year, when Element announced it was planning to split itself in two separate publicly traded entities, Infor was again named as an adviser.

"He [Neil Selfe] probably made more money last year than he's ever made in his career," said Scott Lamacraft, chief executive officer of Cormark Securities Inc.

Advice-only shops are not a new phenomenon in Canada. In the past decade or so, a number of new ones have popped up, building robust businesses, including Morrison Park Advisors, Origin Merchant Partners and Maxit Capital.

If Infor is the ambitious upstart in the sector, Blair Franklin Capital Partners – founded in 2003 – is more of the elder statesman. It gets a good chunk of its business from advising small- and mid-market-capitalization companies in M&A. On occasion, Blair Franklin lands sizable mandates with large-cap companies. In the much-followed M&A "league tables," according to Thomson Reuters data, the boutique is in seventh place – ahead of BMO Nesbitt Burns.

"I'm way happier that I work for an advisory firm than a [full-service] brokerage firm," said David Pyper, managing partner with Blair Franklin.

Mr. Pyper – unlike Mr. Selfe – doesn't believe the full-service-brokerage model is entirely broken, but the advice-only structure has proven to be a stable revenue generator over the long term for Blair Franklin.

"We didn't do really well in the good times, but we're not suffering now," he says.

The X-factor for firms such as Blair Franklin and Infor is their ability to offer conflict-free advice – something the capital-markets arms of the big banks can't always guarantee.

"The banks are so pervasive with their loan books, so they'll almost always be lending to one side or the other, and inherent in that is a conflict," Mr. Selfe said. "Sometimes companies can get over it and sometimes they'll say, 'We need an independent voice.' "

Occasionally, advisory shops compete head-on with big banks for business, but more often than not, they work alongside them. A common scenario might be for a bank to win the advisory mandate with a company in an M&A deal, but a boutique could end up acting for its board of directors. In January, when Shaw Communications announced it is selling its media business to Corus Entertainment, TD Securities and CIBC World Markets acted as financial advisers to Shaw, but Blair Franklin advised Shaw's board of directors and wrote a fairness opinion on the $2.6-billion deal.

Historically in Canada, the good times for advice-only shops have come in waves – as have the rough patches.

"Now it's gone the other way."

The pendulum is likely to swing back again at some point for the full-service brokerages, particularly if the resource sector recovers. Traditional independents may never again regain the heights of their peak profitability years, but neither should they be written off entirely.

How equity offerings are driving a boom for big dealers
May 16, 2018 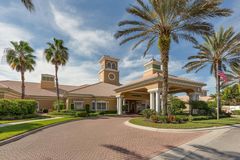