The market for initial public offerings in Canada is coming back to life after one of the most dormant years on record, rousing investors keen to cash in on their stakes and asset managers hungry to add new stocks to their portfolios.

Last month, oil field service company STEP Energy Services Ltd., fracking sand distributor Source Energy Services Inc. and parka maker Canada Goose Holdings Inc. filed regulatory paperwork to have their shares listed on the Toronto Stock Exchange. Should these three businesses carry out their plans, the seeds to go public planted in just one month would equal the number of senior equity debuts that made it to market during all of 2016.

Bankers say companies across a wide range of sectors from retail to mining, industrials to energy, are considering whether an IPO is the best way for their shareholders to generate top dollar for their investments, with many stocks trading near or at all-time highs.

"It's the best pipeline we have seen in a long time," said Benoit Lauzé, head of equity capital markets (ECM) at CIBC World Markets. "We have more than a dozen candidates in the pipeline. Most of these IPOs, we think, will be extremely well-received by the Street."

The success of Aritzia Inc.'s first share sale last October and Freshii Inc.'s offering in January have emboldened other Canadian companies to evaluate the merits of an IPO.

Both of their issues were priced at the higher end of their ranges, fetching valuations that bankers say were "healthy" but could also be viewed as rich. In these cases, the CEOs were able to articulate to potential investors that, while their businesses have grown, they haven't reached their peaks.

And they kept sizeable financials stakes, helping to show their commitment.

But some companies pursuing an IPO might not make it to market since some are also exploring how much could be raised from a full sale. This process, which is known as a dual track, makes sense for financial sponsors, such as private equity firms, that want to sell their shares within a certain time horizon, such as five years, and for the highest price they can get.

"It comes down to the shareholder group as to how they assess going public versus an en-bloc sale," said Kirby Gavelin, head of ECM at RBC Capital Markets. "Our expectation is we'll continue to see more IPOs over the balance of the year across a range of sectors."

Either way, the spike in potential deal activity is keeping investment bankers busy. Companies have either hired or are hiring bankers to advise them on their options. Underwriters are pitching companies through so-called beauty contests to sell them on what their approach would be on aspects such as valuation and the marketing plan.

"The number of beauty contests that have happened this year or are about to happen has significantly increased over last year," said Sante Corona, the head of ECM at TD Securities.

What's changed to spur this resurgence in IPOs? Some believe the volatility incited by lower oil prices, the Brexit vote and the U.S. election increased the risks that the market could sour during the weeks it takes between filing and listing. And bankers say last year's dearth of IPOs was simply a result of a lack of supply rather than low demand.

"The reason there hadn't been a lot is not because we told people [not to] come to market last year," said Peter Miller, head of ECM at BMO Nesbitt Burns. "There just wasn't anything ready."

What makes a company ready for an IPO varies but could mean it wasn't mature enough, hadn't hit key milestones or didn't have the right people in place. "All these ones that are coming now, they weren't ready to come. If anything was ready, we could have taken it," Mr. Miller said.

However, Toronto-based online mortgage services firm Real Matters Inc. is seen as a strong IPO candidate for this year. Other companies, including Vancouver's Vision Critical Communications Inc. and D2L Corp. of Kitchener, Ont., are taking the steps to prepare for an IPO, although neither is expected to file before 2018. Social media management firm Hootsuite Media Inc. of Vancouver also remains a top candidate for a public offering.

But confidence is fragile and any swings in the market could dampen the mood. Not every new issue has been a home run. Fairfax Africa Holdings Corp. sought to raise as much as $1-billion (U.S.) when it filed its prospectus for an IPO late last year but ended up raising $500-million. Aritzia's backers sold more shares in January, just a few months after its IPO, weighing on the share price. In early March, Aritzia shares had dipped below the $16 (Canadian) IPO price. 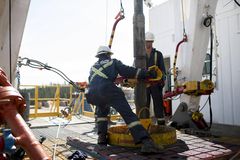