Canada's largest wireless carriers are ratcheting up their criticism of the federal government's wireless strategy, arguing that Ottawa needs to rethink both the rules for an upcoming auction of spectrum licences and its policy on incumbents acquiring struggling start-up players.

The Big Three carriers say it would be a mistake for Ottawa to dole out special advantages to well-financed foreign telecoms such as Verizon Communications Inc. There's some urgency behind the efforts of Rogers Communications Inc., Telus Corp. and BCE Inc. to persuade Ottawa to change course, as a deadline for carriers to submit applications to bid in the auction of the 700 megahertz frequency is looming.

That spectrum is considered crucial for wireless carriers to build high-speed networks, which are popular with consumers. With less than eight weeks before the Sept. 17 deadline, at least one major carrier is calling on the government to hit pause and perhaps even delay the auction yet again to consider the incumbents' concerns.

"If the government needs more time, they can always delay the spectrum auction. It's not like they haven't done it before," Telus chief executive officer Darren Entwistle said in a telephone interview on Wednesday, referring to Ottawa's decision last month to postpone the 700 MHz auction from November until January.

"If they need more time to evaluate the suppositions that are being put forward and go through their own due diligence and come to a balanced adjudication, then I would say they should take their time to do that. And if that necessitates delaying the spectrum auction, then I would say the cost is worth it ... And I don't say that lightly ... because we're out of spectrum in our urban markets."

He added: "I'm in a spectrum-deficient situation right now, so I want early access to that spectrum, but not under the current terms and conditions. So if a delay is required, I'm wiling to incur that cost for the government to go through the right process and reach the right conclusion based on facts and fairness and logic."

A further wrinkle facing carriers is that once their application papers are submitted, auction rules prevent them from having any discussions about potential sales or mergers with other registered bidders until final payments are made next year. Although the Big Three are technically prohibited from acquiring new entrants such as Wind Mobile and Mobilicity until early 2014, both those carriers are up for sale and incumbents argue they should have a fair shot at buying them.

"If the idea of small entrants being bought out is something that is being contemplated, that opportunity should be open to everybody in the market – not just to the foreign U.S. company who would essentially be picking it up at, I call it, distressed pricing," said Rogers CEO Nadir Mohamed on a conference call with journalists following the release of the company's second-quarter results on Wednesday.

When asked if there was enough time for the Conservative government to make changes to the auction rules giving the application deadline, he replied: "There is absolutely time to make sure the right things happen."

Verizon, which is mulling a Canadian expansion, has made a preliminary $700-million offer for Wind Mobile and is in early-stage talks with Mobilicity, according to sources. It is also considering whether to bid in the 700 MHz auction. Under the current rules, Verizon would qualify as a new entrant and could purchase two out of four blocks of so-called "prime spectrum," while the Big Three are capped at one block apiece. BCE has said that Verizon should be prevented from using that "loophole," noting the rule was introduced to help start-up carriers.

BCE joined Rogers Thursday morning in calling on the federal government to immediately close loopholes in its policy.

Bell chief executive officer George Cope says his company is ready to compete with any wireless company if the unfair loopholes are closed.

"We can succeed against U.S. giants in a fair marketplace, because we'll invest more in Canada. But our federal government is unintentionally underwriting the success of U.S. companies in Canada," Cope said in a statement.

"We ask that Ottawa allow Canadian wireless companies a fair chance to compete by closing these loopholes."

Both Rogers and Telus have suggested that Verizon should be subject to the same cap on prime spectrum to ensure "parity," while also being required to build out its own network infrastructure across Canada. They also want the remaining foreign investment restrictions dismantled for large carriers.

"I've never seen how a four-player market can work in a country like Canada. I've never thought of it as a sustainable model," Mr. Mohamed said, noting that market consolidation is a reality in countries around the world.

Earlier this week, Dutch carrier KPN struck a deal to sell its German mobile operations, E-Plus, to Telefónica of Spain in an €8.1-billion deal.

"The real issue today is that not we're not having a constructive dialogue around pro-competition. We're having a dialogue on what is a failed strategy, which is an obsession with something almost every operator in the world knows – that in Canada, it's hard to think of four facilities-based players," Mr. Mohamed said. 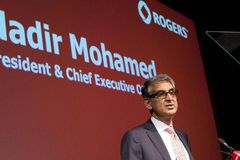 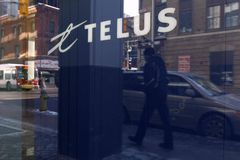