Jean-Christophe Bédos thinks he has the winning formula to transform the venerable homegrown Birks jewellery empire into a high-profile player in the global luxury goods marketplace.

What the Montreal-based chain needs is a blast of authenticity, a bear-hug embrace of its Canadian identity, says the newly installed president and chief executive officer, a Parisian who once worked at Cartier.

Birks is as Canadian as ice hockey, forests and freezing winters, so why not play that up, Mr. Bédos said in one of his first interviews since taking the reins last January.

And what better way to hammer home the all-Canadian image than with the sale of homegrown diamonds?

"Birks is like the pearl in the oyster that hasn't really been discovered," said Mr. Bédos, settled comfortably in his corner office on the fourth floor of Birks' landmark 19th-century flagship store on Phillips Square in downtown Montreal.

As Birks & Mayors Inc. – now the official name to reflect the two dozen stores operated under the Mayors brand in Florida and Georgia – prepares to launch its fall collection on Thursday, Mr. Bédos talks of jewellery that will integrate engravings of snowflakes, the maple leaf and the fleur-de-lis.

He said it is just the start of a campaign aimed at refreshing the Birks image and putting more emphasis on the brand as a valuable export in the global luxury jewellery and timepieces category.

Branding has become key in the diamond sector as a growing number of competitors and new entrants vie for a slice of the lucrative, high-margin pool of affluent buyers that has received a big boost lately from luxury-hungry China.

The brand wars are intensifying as providers of so-called "soft" luxury products (handbags, clothes) move into the "hard" category of jewellery.

Birks is stepping up its efforts to buy Canadian diamonds, which benefit from their "clean" reputation as opposed to the so-called "blood" diamonds that come from parts of Africa and elsewhere.

Plans are afoot to provide a certificate of origin for every Canadian diamond sold at Birks, Mr. Bédos said.

"It's a unique combination in the world: a great jeweller combined with diamonds from the same country," said Mr. Bédos, who jumped from Paris-based luxury brand Boucheron International – a unit of Gucci Group PPR – to take up the challenge of raising Birks' profile around the globe.

He isn't providing much in the way of details regarding the international expansion strategy, saying it's still in the planning stages and must first get approval of the board later this year.

Mr. Bédos believes there are terrific days ahead for the high-end jewellery business, despite the latest slump in sales around the world on jitters over market volatility and the European debt crisis.

Euromonitor International forecasts that the global luxury market in 2012 is positioned to grow by more than 7 per cent and exceed $302-billion (U.S.).

Birks was established in 1879 by the son of British immigrant Henry Birks, a descendant of a long line of silversmiths going back to Elizabethan days; it has survived wars, recessions, the Great Depression, a nasty family feud, a failed foray into the United States and a brush with bankruptcy in the 1990s.

It will continue on as a prestigious but not snobby purveyor of luxury items, Mr. Bédos says.

"The resilience of the brand is remarkable," said Mr. Bédos, who was born in Morocco but grew up in the south of France. He launched his career in the jewellery industry at the famous Cartier house in 1988, after taking a master of science in management from the London Business School, and a degree in international law from Université Paris I Sorbonne.

And there is one thing he won't fiddle with: the famous blue Birks gift box. 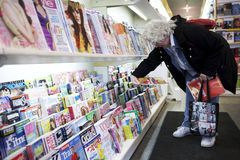