The investor frenzy driving Bitcoin prices to precipitous heights – trading at over $16,000 (U.S.) a piece Wednesday – is playing out on stock markets as well, as companies shift focus to cryptocurrencies to get in on the latest boom.

"People are trying to surf off the wave of bitcoin by strategically changing their name," said Jean-Philippe Vergne, co-director of the Scotiabank Digital Banking Lab at Western University. "There's always been a strategic use of these market hype cycles."

Hive Blockchain Technologies Ltd. has been making the most of the heightened interest, announcing plans Wednesday to raise as much as $100-million to buy more digital currency mining hardware.

The financing comes after the company had already raised more than $80-million since announcing in June it was changing its name from Leeta Gold Corp. and its focus to cryptocurrencies, prompting its share price to climb from about 29 cents before its restructuring to about $3.69 midday Wednesday.

Smaller players have also jumped into the fray recently. Global Blockchain Technologies Corp. was until October a thinly-traded company called Carrus Capital Corp., but with its name change and shift in focus to investing in a range of cryptocurrency opportunities its stock price has doubled and it's trading activity is up considerably.

Block One Capital Inc. was known as Essex Angel Capital Inc. until it announced in early November that it was changing its name and directing new investment capital into the blockchain sector.

The company's share price went from about 25 cents before the announcement to a high of $1.77 in early December after it said it was buying part of a firm that had ordered cryptocurrency mining hardware. Block One has also announced a $5-million financing that it raised to $8-million on Tuesday.

While cryptocurrency startups may well provide legitimate investment opportunities, and the technology behind them provide immense potential, Vergne said part of what's helped prop up stocks has been the limited ways to invest in the boom.

"In the past, investors had to find companies that deal with blockchain as a proxy for investing in bitcoin, because they could not invest in bitcoin in a legal, secure way on the stock market."

Investors could have of course bought digital currencies like bitcoin itself, but unfamiliarity with the new technology, plus outages and trading delays on startup exchanges like Coinbase has made some leery of jumping in directly.

Since Sunday, though, mainstream investors have been able to buy bitcoin futures on Cboe Global Markets, while CME Group Inc. said it plans to launch bitcoin futures trading on Dec. 17.

With the increase in investment opportunities, concerns about an investment bubble and the potential fallout when it pops have grown.

"People are being attracted by the prospect of having amazing returns, and that story always ends badly," said Jean-Paul Lam, an associate professor of economics at the University of Waterloo.

He said that while there is significant potential in cryptocurrencies and blockchains, the technology is in its infancy and the risks of a bubble in the market are very real.

Dire warnings from economists haven't stopped more companies from diving in though.

On Wednesday, Quebec-based Axe Exploration Inc. said it was looking to redirect its business to the cryptocurrency and blockchain field and that with $1-million on hand it was in an excellent financial position to do so.

The company, however, cautioned that it had no experience in the sector and couldn't give any assurances that it will be able to integrate cryptocurrencies or blockchain into its business. 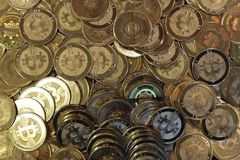 Don’t worry about a bitcoin crash (unless you own it)
Subscriber content
December 11, 2017 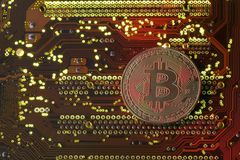