If there is a champion for Canada's hopeless causes, then Prem Watsa is its undisputed titleholder. The chairman and CEO of Fairfax Financial Holdings Ltd. has a fondness for unloved stocks that few investors can stomach.

Mr. Watsa likes to rummage through the junk of the Toronto stock exchange's garage sale, and his search for hidden jewels has sometimes led to scrappy investments.

He bet big on CanWest Global Communications and then some more before the media company went bankrupt. He gambled on AbitibiBowater before the newsprint producer sought protection from its creditors and restructured its debt.

But Fairfax's shareholders are patient with Mr. Watsa because of his many smart moves.

The India-born investor made a killing during the financial crisis – a cool $2-billion. He rightly saw that the fancy mortgage and consumer debt packages crafted by Wall Street securitization wizards were ticking bombs.

So is he right this time around? And is he really serious with BlackBerry? Or is Mr. Watsa just looking for a way to salvage his earlier investments at little extra cost? One has to wonder, because news of a potential consortium of acquirers answers fewer questions than it raises.

Fairfax's investments in BlackBerry appeared on the radar screen in the winter of 2012. At the time, the Waterloo, Ont., company was still promising to reinvent the smartphone with its new operating system, and that promise held some value. Now we all know how that turned out. Canada's former tech champion is imploding in front of our eyes, discounting its unsold Z10 touch screen phones and laying off 4,500 employees or a whopping 40 per cent of its staff.

Nonetheless, Mr. Watsa claims Blackberry has a fighting chance of surviving by going private and by turning its back on consumers that now prefer phones designed by Samsung and Apple. "We believe this transaction will open an exciting new private chapter for BlackBerry," he said in a statement, as the company will now "focus on delivering superior and secure enterprise solutions to BlackBerry customers around the world."

But skepticism abounds as BlackBerry retreats in a corporate and professional market that has profoundly changed since it was the bread and butter for Research In Motion, the company's former name.

The only piece of good news in Friday's profit warning was that the service BlackBerry sells to its corporate customers to manage employee smartphones is increasingly popular. But one reason for that success is that the service can now manage phones other than Blackberrys. And that trend is quite worrisome. As more and more companies encourage employees to bring their mobile phones from home, whatever sway BlackBerry still holds over IT managers fades away.

Does Mr. Watsa believe that BlackBerry can beat this trend? Going by the saying "putting your money where your mouth is," the Fairfax CEO doesn't appear to be a die-hard believer. In fact, Fairfax's commitment to BlackBerry looks timid.

Fairfax's plan for BlackBerry is a "letter of intent agreement," rather than a formal offer. And the company's statement that a takeover offer of $9 (U.S.) a share would be made by "a consortium to be led by Fairfax" appears to suggest that the consortium has yet to be cemented.

It's unknown who Fairfax's partners are, and if they or Fairfax plan to put any of their own money in BlackBerry to conclude this transaction with its estimated $4.7-billion price tag. While the company's prospects are in miserable shape, Blackberry has no debt, is sitting on $2.6-billion in cash reserves and holds valuable patents. It would not be a financial stretch, for potential acquirers, to buy Blackberry by leveraging up its existing assets, albeit at financial conditions that are presumably onerous.

Moreover, if BlackBerry walks away from the deal, it must pay Fairfax a break-up fee, but if Fairfax leaves the table, Blackberry receives no compensation whatsoever.

It is hard to believe that BlackBerry's board would have gone public with a shaky proposition if there was no real substance behind it. But then again, BlackBerry is a desperate company. And this is no iron-clad cellphone contract you can't tear up without losing your shirt: there are enough "ifs" and "buts" and "due diligence conditions" in this letter of intent to return your Blackberry no questions asked. 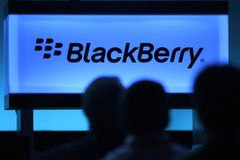 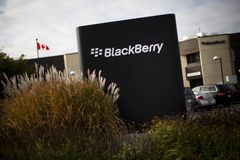