BlackBerry Ltd. chief executive officer John Chen has turned to a former colleague to help him turn around the Waterloo, Ont.-based company as it struggles to redefine itself.

BlackBerry announced the hiring of new chief operating officer Marty Beard on Monday, filling a position that had been vacant since Mr. Chen took over the company in November. Mr. Beard, who ran a division of enterprise software maker Sybase while Mr. Chen was CEO of the company, starts at BlackBerry immediately.

In a statement, the company said that Mr. Beard will focus on customer service and operations, including BlackBerry 10 application development. BlackBerry is widely criticized for lagging competitors like Apple Inc. and Google Inc. in app development, which is a growth area for tech companies. Mr. Chen wrote that: "Marty brings extensive experience in operations, marketing and serving customers through the best technologies and processes available."

Mr. Beard's hiring comes at a critical time for BlackBerry. Mr. Chen has pledged that BBM, BlackBerry's popular messaging service, will generate $100-million (U.S.) in revenue by February, 2016, and he has promised a renewed focus on software and customer service.

But while the company beat analyst expectations last quarter, they also burned through $255-million in cash due to restructuring. In May, research firm IDC projected that BlackBerry's worldwide share of the smartphone market would fall to 0.8 per cent in 2014.

Though the company has been refocusing on its enterprise business, traditionally a strong area, the market remains skittish on its prospects. When Apple agreed to a partnership with International Business Machines Corp. to produce business apps last week, BlackBerry's stock fell by 9 per cent in a matter of hours.

Mr. Chen is familiar with Mr. Beard's experience from his time as CEO at mobile messaging company Sybase 365, where Mr. Beard worked alongside him from 2000 to 2011, including a stint as president.

Sybase's rebound as a key maker of software for enterprise was credited to Mr. Chen, who took a company that was near bankruptcy and led a turnaround with 55 consecutive quarters of profitability. As head of Sybase 365, Mr. Beard ran the division making products to connect telecom providers and businesses with their customers. The company was bought by enterprise software giant SAP AG for $5.8-billion in May, 2010.

In an interview, Colin Gillis, an analyst for the New York-based BGC Partners, said the hiring makes sense given the executives' history with each other. "Marty was part of Sybase, so it's a logical extension that [Mr. Chen] would reach out to the people he knows and trusts."

The fact that BlackBerry's new management comes from that history is encouraging to Mr. Gillis.

"It was a very respectable turnaround," he said.

"And the parallels between the two companies are quite clear." Mr. Chen has hired two other former executives from Sybase since taking the helm at BlackBerry. Eric Johnson took over as the head of global sales in January, and the new senior vice-president of marketing is Mark Wilson.

Mr. Beard was most recently the CEO of LiveOps Inc., a cloud-based software and services company that offers products to manage call centres and customer service hotlines. Through a spokesperson, Vasili Triant, the chief executive of LiveOps, spoke well of Mr. Beard. "We believe his new role at BlackBerry is a great fit," he wrote in an e-mail. "[We] look forward to seeing the outcome of his time at BlackBerry."

Given Mr. Beard's and Mr. Chen's experience in apps and cloud computing, it provides another sign that BlackBerry will aggressively focus on software and platforms.

According to a statement at June's annual meeting by Mr. Chen, BlackBerry was at the "tail end" of 4,500 layoffs and ready to start hiring 300 new employees.

Whether the Sybase approach will be a winning formula remains to be seen. On Mr. Chen's going back to the roadmap and people he knows for a turnaround, Mr. Gillis said, "It's worked in the past, so we'll see how it goes." 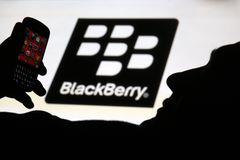