Top tech companies can implode in a hurry when their must-have gadgets are suddenly outclassed by a smart competitor or, worse, deemed unfashionable.

It happened to Nokia, once the planet's leading mobile phone company. In 2007, the year Apple launched the iPhone, Nokia shares traded as high as $40 (U.S.). Last year, they hit a low of $2 (the shares are up by a third this year). Nokia's Canadian CEO and would-be rescuer, Stephen Elop, compared the company to a "burning platform" and recruited Microsoft to douse the flames. It hasn't worked. Nokia phones, with their Microsoft operating systems, have been torched by the iPhones and rival Android models milled out by Samsung and other tech giants.

It is easy to compare BlackBerry, formerly Research in Motion, to Nokia. By some accounts, BlackBerry, which officially put itself up for sale on Monday, is in even worse shape because it lacks the marketing muscle or balance sheet heft of the (still big) Finnish company. But the comparison is misguided. BlackBerry is unique and highly desirable. Its chances of survival, albeit in the hands of another player, range from good to excellent. Anyone who bets that BlackBerry will not be blessed with a bidding war because its market share is embarrassingly small after six years of relentless erosion stands to leave a few bucks a share on the table.

There is no doubt that BlackBerry is hurting. Its global smartphone market share is a mere 2.9 per cent; not long ago, it was the undisputed leader. Some of its copycat products were epic duds. The BlackBerry Storm, its first touch-screen device, and the PlayBook tablet galloped into the remainder bins. BlackBerry's app ecosystem is tiny compared to Apple's. When the iPhone was capturing the imagination of millions of gadget freaks, Jim Balsillie, who resigned as co-CEO early last year, was obsessed with buying an NHL franchise. The new devices that were supposed to save the company, the Q10 and Z10, have underwhelmed gadget lovers and bear case for the stock turned into a death watch. The announcement that BlackBerry is mulling "strategic alternatives" can be taken as proof that the company's turnaround plans, under Thorstein Heins, are not working.

Then came Edward Snowden, the exiled former U.S. National Security Agency contractor, now a guest of the Russian government, who blew the whistle on the American government's mass surveillance programs. The scandal reminded just about everyone that protecting your e-mail, mobile phone conversations and Internet browsing history from electronic eavesdropping is practically impossible.

That said, BlackBerry's security system is still considered second to none and remains one of the firm's strongest selling points. In a note published Monday, Douglas Pollitt of Bay Street's Pollitt & Co. noted that BlackBerry last week got a huge vote of confidence when the U.S. Department of Defense certified BlackBerry's Q10 and Z10 to be used in concert with the BlackBerry Enterprise Service on the DoD's networks. That made BlackBerry the first mobile device management provider to reach that level of certification. "Selling BlackBerry just got easier," said Mr. Pollitt. "If security is a priority, an enterprise will naturally be inclined to look at BlackBerry first."

To be sure, BlackBerry has other compelling attractions besides secure devices. It owns the biggest secure data network, one that is fairly robust (its one spectacular infrastructure failure happened over three days in October, 2011, depriving millions of users of e-mail, instant messaging and Internet services). About 20 million of BlackBerry's 72 million subscribers are enterprise or corporate users, who deliver fat profit streams to the company. Big suitors like Microsoft, Google or Amazon might adore tapping into that base.

BlackBerry also has a big patents portfolio and has spent billions of dollars acquiring patents. While many patents are hard to value, some, such as the encryption technology adored by the U.S. government, would be gold to some suitors. Finally, BlackBerry is sitting on about $3-billion (Canadian) in cash and is debt-free. The weakest link by far is the likely profitless handset business, which would cost a fortune to shut down.

Not everyone is convinced that BlackBerry will nail a big premium if it is sold in whole or in parts. In a note, BMO Nesbitt Burns said: "We don't foresee any scenarios where the value of the company will be significantly larger" and put an $8 valuation on the shares. They rose Monday by more than 11 per cent, to $11.20 in Toronto trading.

BlackBerry, like Nokia, is a failed superstar. Unlike Nokia, it has secure networks and devices that will be newly appreciated in a world where privacy is becoming a rare luxury. 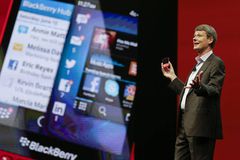 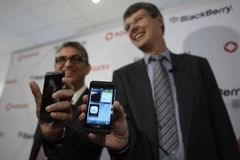 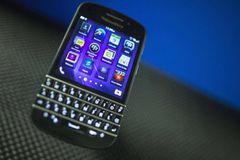 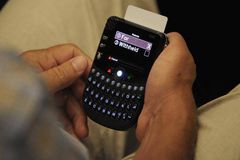 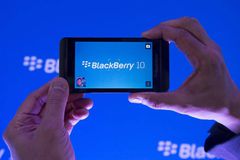