The strategy: simplify the business, drop certain product lines and cut costs mercilessly. For the Waterloo, Ont.-based maker of smartphones, that means returning its focus to the place where it first made its mark – the corporate market.

Late Friday, the company said it will post a second-quarter loss of nearly $1-billion (U.S.), most of which is related to a massive inventory of unsold BlackBerry 10 phones. The company will lay off 4,500 employees, try to slash operating costs by 50 per cent by May and give up on the consumer market, except for higher-end professionals (what the company calls "prosumers").

BlackBerry consumer sales have been dismal in the face of competition from devices such as the Samsung Galaxy and the Apple iPhone.

The Z10, a touchscreen phone designed to compete with those two market leaders, has been a flop and is the major cause of the inventory writedown, which will total at least $930-million.

"It's like playing poker with three billionaires and one guy who has a hundred bucks," said Robert Enderle, principal analyst at technology research firm the Enderle Group, referring to Apple, Samsung and Microsoft Corp., three big players in consumer smartphones.

"It's probably wise that [BlackBerry has] stopped pounding their head against that particular wall."

But can the back-to-business strategy work?

One factor on BlackBerry's side is the preference of many business users for a smartphone with a keyboard.

While the failure of the Z10 is now clear, the Q10 keyboard-enabled phone has been available for sale in the U.S. only since June. The company may have more to say about how it has been selling when it reports second-quarter earnings Friday morning. (Apple does not produce a phone with a physical keyboard.)

But some trends in the business market are not favourable to BlackBerry. One is the growing movement toward "bring-your-own-device" policies, where corporations ask employees to use their own mobile phones for work e-mail, with most providing partial reimbursement. This spring, a survey by Gartner Inc. of corporate chief information officers found that more businesses are moving toward these policies: 38 per cent of companies expect to stop providing devices to staff by 2016.

If that's true, then the business and government market will slowly become much more like the consumer market.

Even so, given its declining market share and rising financial losses, BlackBerry had little choice but to do something drastic, according to James Gellert, CEO of independent ratings agency Rapid Ratings.

Mr. Gellert's agency rates companies based on their financial health, giving them a score out of 100. It rates BlackBerry an 18.

"Companies from this financial ratings perspective have to do something. They're either going to fail or last some time as long as their cash allows them to, or they do something radical," Mr. Gellert said.

By slimming the company down and making and marketing fewer devices, BlackBerry CEO Thorsten Heins not only cuts costs, but also likely makes the company a more appealing acquisition target. Many analysts have effectively assigned no value to BlackBerry's consumer handset division, and estimate that it may actually cost a buyer hundreds of millions of dollars to shut the unit down.

By repositioning the company as a provider of enterprise services, Mr. Heins may turn BlackBerry into a smaller, more focused company – one that may be of interest to rivals such as Apple, which have yet to establish dominance in the business smartphone market.

The only good news the company posted Friday was about increased business for its Blackberry Enterprise Server, which allows corporate IT departments to manage all kinds of smartphones – not just BlackBerrys – using a single piece of software. The company said it had installed 25,000 commercial and test servers, up from 19,000 in July.

Still, BlackBerry faces numerous hurdles in finding a willing buyer. One of its long-rumoured suitors, Microsoft, recently opted to buy Nokia's handset division instead. Further complicating matters is the fact that some of BlackBerry's potential suitors are based in China. And because BlackBerry devices and infrastructure are still used in many of the most sensitive offices in Ottawa, the federal government is likely to block any such bid.

"There is fairly broad power that exists that allows the government to determine whether there's a national security issue," said Colin W. Walker, managing director at Toronto-based mergers and acquisitions adviser Crosbie & Co.

Golden iPhone a hit, and other launch day surprises
May 11, 2018 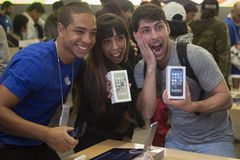 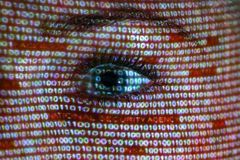