The federal government's surprise move to block the $6-billion takeover of Progress Energy Resources Corp. is adding to growing concerns about a "Canadian discount" that weighs on share prices and frustrates companies' ability to raise capital and do deals.

Investors reacted swiftly on Monday to the rejection of the bid for Progress by Malaysia's Petronas . Progress shares dropped more than 9 per cent, while other energy shares sank sharply.

"It's been a very opaque process … We need to know what the rules are," she said, adding the government's decision "leaves a lingering bad taste in the market."

Steve Letwin, chief executive officer of gold mining firm Iamgold Corp., said he is concerned that Ottawa appears to be putting up "roadblocks to foreign investment."

That is a worrisome trend, he said, because "foreign companies will start looking at us and saying, well why do we want to spend the time and money trying to put capital in, if the government is just going to say no to it." The message that is getting across to investors, he said, is that "we are not open for business as it relates to foreign investment capital."

It is particularly bad for Canada to set this tone, Mr. Letwin said, because "we invest in other countries around the world and we expect them to have open doors. We have created a lot of wealth for Canadians by being able to do that."

"There is no question that government involvement in energy deals has a chilling effect on investment," said David Ross, chief financial officer of Calgary-based Bonnett's Energy Corp. "It is pretty unexpected to see the government this involved in the allocation of capital." The concern is most acute in the oil and gas sector, Mr. Ross said, where companies "build companies to sell. They go out and gather up reserves, in the anticipation of selling. That's how they attract capital. If you are limiting that market of buyers, then obviously that will limit the capital."

Several analyst's reports Monday said the Progress decision heightened the risk that the government would turn down the $15.1-billion bid by Chinese state-owned CNOOC for Nexen.

On the market Monday, Progress shares fell $2.01 (Canadian) to $19.64, while Nexen's stock fell 4.4 per cent. Connacher Oil and Gas Ltd., another company seen as a takeover target, fell 3 per cent, and Talisman Energy Inc. was down 3.8 per cent.

Toronto lawyer Milos Barutciski said sophisticated investors and their advisers realize the government remains welcoming to foreign investment – and has approved a number of acquisitions by state-owned enterprises – but needs to move cautiously given the growing appetite of state-owned companies for Canadian resources. He expects the government will provide more clarity in the coming weeks.

"There is some knee-jerk reaction out there," he said. "But this government is proceeding in a very deliberate and conscientious manner," said Mr. Barutciski, who is co-chair of the international trade and investment practice at Bennett Jones LLP.

Wenran Jiang, a China expert now serving as a special adviser to Alberta on expanding its market in Asia, says from the outside, it looks as though the Canadian government is "struggling" with duelling motives. It wants to develop energy resources, which requires billions of dollars in investment from foreign companies, including state-owned entities; but, on the other hand, parts of the Conservative base have expressed opposition to giving up control of great swaths of valuable resources to outsiders, particularly to government-controlled companies in Asia.

"The government is in the painful process of sorting this out," Mr. Jiang said. The government is struggling with this balance and this frightens outsiders, he said, even though he believes Prime Minister Stephen Harper wants to welcome foreign investment.

"I would not read this as some kind of dark age ahead for Canadians to get into a protectionist mood," he said. "But I do see caution. I do see sometimes even confusion." 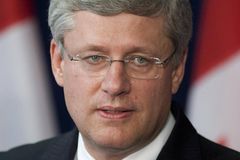 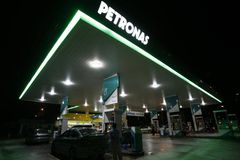 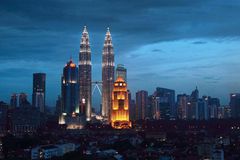 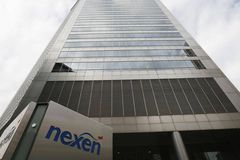