It is Bloomberg's second shot at a partnership here: Bloomberg TV Canada, the short-lived cable channel focused on business news, wasn't around long enough to be much of a competitor to BNN. But around Bell Media's offices, the channel was a wake-up call in one respect.

"The one thing it did wake us up to, was that wow, Bloomberg would be a fantastic fit as a partner for BNN," said BNN general manager Grant Ellis.

Bloomberg's partnership with small independent media company Channel Zero Inc. came to an end in mid-2017. Bloomberg had been in touch with BNN informally, and formalized talks for a new partnership in the past six months. The deal was finalized just before Christmas and was publicly announced on Monday.

The partnership will give BNN exclusive rights to air Bloomberg's television content in Canada, bulking up its existing schedule – which frequently reverts to show replays in the evenings – with greater coverage of global markets and on-air contributions from more than 25 Bloomberg reporters based in five bureaus across Canada.

"This is not viewed as a hands-off licensing partnership for us, at all," said Scott Havens, global head of digital for Bloomberg Media. "We fully expect to have personnel from both offices … working closely with each other."

"When Brexit happens, we just don't have the capacity to bring in all of our crew, all of our staff, and completely go up. ... We're just not prepared, on the television product at least, to cover that, to try to do it alone," Mr. Ellis said. "We're going to be on the news whenever big news breaks."

It will also allow the BNN website – which will be renamed BNNBloomberg.ca – to continue to play "catch-up" to other well-established digital business-news sources, Mr. Ellis said. BNN's website has roughly doubled its traffic in the past year, Mr. Ellis said, reaching more than 800,000 unique visitors in October, but still lags competitors. The deal gives BNN non-exclusive digital rights to many Bloomberg articles, videos, photos and graphics. The two organizations will cross-promote their relationship on their websites. The channel could also fit into a "TV Everywhere" strategy for Bell Media, exploring ways to distribute more TV content digitally.

"We're not planning on producing significantly less TV – we might produce a little less, we might not – but it just gives us a little more flexibility in the overall hours that we are producing, to put at least a little bit more resources behind digital," Mr. Ellis said.

Bloomberg TV Canada launched in November, 2015, with high-profile hires such as journalist Amanda Lang. By early 2016, it had more than 200,000 subscribers – still paltry compared with BNN's 5.36 million subscribers. By passing that threshold, Bloomberg TV Canada triggered an increase in its Canadian programming spending requirements, which took effect with the approval of a new licence for the channel in August of 2017. In August, however, Channel Zero announced that it would cut production of its two Canadian-made shows and eliminate 22 jobs. Ms. Lang returned to BNN in November.

Since September, the American Bloomberg TV channel has replaced Bloomberg TV Canada. That will now cease distribution and the TV content will be available only through BNN.

"What we learned is that BNN has a dominant share in the marketplace. Through our previous iteration, we weren't necessarily competing at the same level," Mr. Havens said. "This is a strategy for a lot of our partnerships around the world: We do want to partner up with people who are dominant players within their marketplaces, who understand the audience better, the culture, the business landscape."

Bloomberg Media has been aggressively expanding globally and striking deals to supplement its global coverage with regional news organizations. For example, BloombergQuint in India provides a digital livestream with plans to launch on television. In Mexico, its partnership with news outlet El Financiero includes a co-branded TV channel that is also available digitally. In September, Bloomberg announced an agreement with Saudi Research and Marketing Group (SRMG) to launch Bloomberg Al Arabiya, which will include a television and radio network, a digital platform and will publish Bloomberg Businessweek magazine in Arabic.

Such media deals occur in markets that are a priority for Bloomberg's overall business, including its widely used financial-data terminals, Mr. Havens said.

BNN was launched in 1999 as Report on Business Television, in partnership with The Globe and Mail. It rebranded as Business News Network in 2007. In 2010, the two organizations came under separate ownership when BCE Inc. acquired the broadcast assets of CTVglobemedia Inc., and The Woodbridge Company Ltd. took a majority stake in The Globe.

"The competitive landscape is across all platforms," Mr. Ellis said.

The terms of the deal were not disclosed, however such deals typically include licensing fees for Bloomberg content as well as revenue-sharing, Mr. Havens said. While the companies would not say how long the deal extends, they defined it a "long-term" multiyear partnership.

"This is what we intend to be the future life of BNN," Mr. Ellis said. 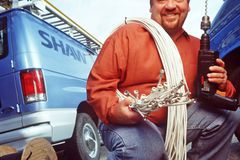 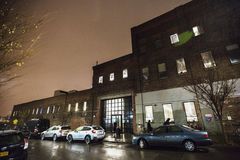