As Canadian-bred choices for specialty music television and publishing dwindle and decentralize in the digital age, Toronto's Blue Ant Media is reinvesting in both – betting that an alliance with the marketers at Shed Creative Agency can grow its music-fan audience with the help of brand and label partnerships.

This week, Blue Ant will start rebranding its flagship music website and TV channel AUX as A.Side – a collaboration with Shed that will connect its editorial and television programming with the growing number of brands trying to align themselves with music's cultural cache. For Shed, it's an opportunity to boost the scope of the brand-music partnerships it's already forging. For Blue Ant, it's a chance to reinvent its music vertical to widen its audience of Canadian music fans with expanded coverage.

It can be difficult to grow specialty-content media sustainably in a small market such as Canada. And the music industry has struggles of its own, with the decline of traditional income channels as album sales shift to streams. A.Side is an attempt to solve those problems together: to deliver Blue Ant's music content to a bigger audience, backed by partnerships set up by Shed for the benefit of both companies, their audience, and both record companies and artists.

Since 2014, Shed has been connecting music-focused clients, such as Universal Music Canada, with a roster of brands keen to align with the music world. Last year, for example, the agency staged an exclusive Metric concert for Ontario Lottery and Gaming Corp. prize-winners. In Blue Ant, Shed has found a broadcast and publishing partner whose audience directly overlaps with those kinds of campaigns, giving them a chance to scale up the opportunities they offer bands and brands.

The team behind A.Side is developing content series and programs for brand clients to partner on, such as annotated playlists and social-media takeovers. But, says Jamie Schouela, Blue Ant's executive vice-president of Canadian networks, "It's ultimately audience-first. … I wouldn't say branded content leads this."

Instead, the companies hope to use Shed's music-industry connections to give fans access to artists directly and exclusively across platforms, starting with Universal's roster, but with plans to expand to many labels.

In a television era where Much has dropped the Music, and where music content online can be overwhelming and hard to sift through, A.Side wants to become a central Canadian gathering place for fans. For labels and artists, too, it's a chance to expose their talents to new audiences while getting a coveted slice of brands' marketing-campaign budgets.

"There's a real need for platforms for artists to launch new projects; to introduce new artists; to celebrate the Canadian artists who are becoming international stars," says Dave Harris, Shed's principal. "We want to play a role in building this ecosystem back up within the industry."

AUX, whose TV channel reaches about a million Canadian households, launched eight years ago with coverage leaning toward rock and indie music. The rebranded A.Side will aim to be a source of news and exclusive content for fans of all genres.

"You have to go beyond music to be successful in music – if that involves working with a brand, that can be a real positive," says Catherine Moore, an adjunct professor of music technology and digital media at the University of Toronto. But she cautions that some of the potential audience could be alienated if brand involvement is too heavy. "Which name is going to be dominant? The creator's name? The brand's name? A.Side's?" 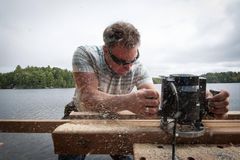