But as the company tries to build a critical base of orders before the 100-to-150-seat plane enters commercial service, Bombardier will soon unveil details of another key feature largely shrouded in secrecy so far: The jet's aircraft health-management system (HMS).

HMS is a diagnostic tool that lets airlines monitor their airplanes' systems and engines in real time and prepare any troubleshooting required while the jets are still flying. The reason why Bombardier has so far hesitated to talk about its take on the technology in any detail has much to do with the fact it's still a work in progress. While the system has been on board C Series test planes since last September collecting what Bombardier officials call a "gigantic" amount of data, the company has yet to announce the data-service provider it will partner with to transmit the information from cruising altitude. And it is still figuring out how to set up the ground support to go with it.

The logic for keeping the system under wraps is also tied to selling the aircraft. Bombardier doesn't want to go public with technological promises it can't deliver. And it wants to build buzz for the C Series heading into the important Paris air show in June. It is betting that unveiling a potentially pivotal piece of technology then, while the whole industry is watching, could give it a leg up on its rivals and fuel more orders.

Industry observers say it will be the first single-aisle aircraft to have a diagnostic system with this level of sophistication.

"Bombardier has a real competitive advantage here" with the C Series health-management system, said Ernie Arvai, an analyst with commercial aviation consultancy AirInsight. "It is head and shoulders above any existing HMS on narrow-body aircraft. What they're doing is exciting cutting-edge IT stuff – even down to the sensors on the windshield."

At the heart of the system is the aircraft health-monitoring unit. Roughly the size of a shoe box and weighing more than three and a half kilograms, it's the piece of hardware connected to the plane's avionics that collects data from all the various electronic sensors throughout the aircraft. The data is then relayed to the ground. Bombardier announced Tuesday that Pratt & Whitney, which makes the engines for the C Series, will also supply the equipment used to transmit data from the health monitoring unit to the earth's surface.

Bombardier documents suggest the health-management equipment on each C Series plane will have storage capacity to track 5,000 parameters, or data points, for 100 flights. The system also promises bidirectional communication, an Internet-based user interface and customizable reports. By comparison, Boeing has only a rudimentary user monitoring system on its rival 737 Next Generation and Max planes, Mr. Arvai said.

Ultimately, the diagnostic data will belong to the C Series operators, some of whom may opt for a self-service option without Bombardier's continued involvement. But Bombardier is betting it can entice many of those customers into a post-sale service agreement, whereby the carrier will share the information with Bombardier and receive maintenance alerts and advice in return. The company declined to provide an estimate of potential revenue from the service.

Boeing's HMS, available as a standard feature on its newest 787 Dreamliner wide-body jets, provides a glimpse as to how Bombardier's system could work.

Boeing set up a command centre in Everett, Wash., to track the performance of the dozens of 787s airborne around the world. As the company explains it, data from onboard systems is routinely captured inflight and transmitted to the command centre as well as to the plane operator using software on the ground to translate digital data into real-time reports.

When any anomaly surfaces, both Boeing and airline personnel receive alerts delivered through e-mail or other communications tools. Officials with the airline and Boeing can then access and act on the information using a secure Internet portal for that purpose.

Boeing says its health-management system is used by 58 airlines globally on more than 2,000 planes. The goal goes well beyond traditional aircraft maintenance, using analytic modelling to verify how efficient the jet is performing and to spot any potential issues before they become real problems. Not having to ground aircraft is a crucial issue for airlines because they incur significant costs whenever they have to cancel flights unexpectedly.

"You're going to have basically the airplane being in a more available state to the customer and minimize the downtime," said Stéphane Hébert, the Bombardier executive in charge of the program as director of C Series customer services. "That's really what [this system] is all about."

Bombardier believes it is going to have a hit on its hands and wants to make a "big bang" with the system, Mr. Hébert said. "We know what the system is capable of. It's just a matter for us now to package it together."

Others play down the importance of the HMS. Richard Aboulafia of U.S. consultancy Teal Group said the kind of usage monitoring system Bombardier is introducing with its C Series is the basic price of admission to compete against industry giants Boeing and Airbus, both of whom have a significant pricing-power advantage given the superior production rates of their single-aisle planes.

"All of this falls into the heading of stuff you have to have" with a new airliner, Mr. Aboulafia said. "It doesn't alter the competitive situation. You're kind of just running to stay in place."

Bombardier's C Series program is two years behind schedule and $2-billion overbudget. Orders for the aircraft, which will compete with the smallest planes built by Boeing and Airbus, currently stand at 243 – a number critics say is worryingly low, but Bombardier says is right on track for the 300 it expects by the time the first plane enters passenger service in early 2016.

"We're quite satisfied with the level of traction we're getting in the market right now," C Series program director Sébastien Mullot said. "With the current progress we're seeing in terms of the performance numbers, we're gaining renewed interest from customers."

Bombardier CEO Bellemare pressing ahead with sweeping strategic review
May 7, 2015 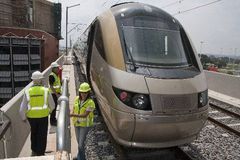 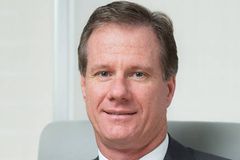