Montreal's transit authority is pulling new trains built by Bombardier Inc. and Alstom SA out of service following an equipment problem over the weekend that forced the shutdown of a subway line for several hours.

The Societé de transport de Montréal (STM) said Monday it has temporarily removed 12 trains built jointly by the rail manufacturers from operation while it investigates the cause of an incident that happened Saturday.

The Azur trains are brand new, part of a fleet of 52 trains being delivered by the manufacturers' consortium to Montreal to replace the city's aging fleet of rubber-tired vehicles at a cost of $1.2-billion. The first Azur trains joined the network in March of last year and have already covered thousands of kilometres.

In information posted to its website, the STM said Saturday's shutdown happened after signalling equipment at Du Collège station was heavily damaged following the passing of a train that also sustained damage. After an inspection, it said damage was found on both older MR-73 train models and the new Azur trains, although more damage was observed to the Azur vehicles because of their wider wheel base. Regular service resumed Sunday.

"The STM is looking into the matter to determine the underlying reason – track or train – for this occurrence," the transit authority said. It said it pulled the Azur trains from service "as a precaution" until the investigation concludes. It said it will install cameras to try to film what's happening under the trains in what it described as a very complicated process to try to figure out what's wrong.

"There seems to be a problem with the interface between the trains – both Azur and MR-73 – and the track," said manufacturing consortium spokeswoman Michelle Stein of Alstom. She cautioned there is no indication suggesting the trains are at fault in the incident.

Bombardier referred questions on the matter to Ms. Stein. Alstom's scope of work for the contract includes the supply of more than 900 bogies for the metro cars as well as the automatic train control system. Bogies are the the structures that support the metro car and powers the acceleration as well as supplying brakes, guidance and suspension.

Bombardier is taking on a massive restructuring of its rail business, known as Bombardier Transportation, after years of inconsistent performance.

Although the unit is one of the top rail manufacturers in the world, with a $31-billion (U.S.) backlog and a presence in more than 60 countries, analysts say it needs to reduce costs to better compete with rivals and improve its ability to deliver on contracts. That effort is under way, with plans to reuse 70 per cent or more of its existing technology and processes with every new contract bid and minimizing customization.

Bombardier's reputation as a train builder has been beaten up in Toronto in particular, where a contract to build new streetcars for the city has been plagued by delays. The company put in place a plan early last summer to get the contract back on track, in part by lightening the workload on its passenger rail-car plant in Thunder Bay so the factory could focus on the TTC contract.

Alstom has faced its own adversity.

France stepped in to save the company 13 years ago with Europe's largest-ever state bailout. Last year, the country stepped in again by ordering new rail equipment to help save an Alstom factory hurt by a lack of orders from SNCF, the state-owned rail operator.

Bombardier lobbied feds on Russian sanctions because of competitive fears Subscriber content
May 17, 2018 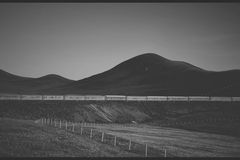