Speculation is growing that Bombardier Inc. is weighing the potential sale of its Learjet luxury plane franchise, even as the company insists it remains comfortable with the business.

Chief executive Alain Bellemare and his team are "taking a more dispassionate view" of assets than previous management, as shown by the company's recent sale of its water-bomber aircraft business to Viking Air Ltd., said Richard Aboulafia, vice-president of analysis at aerospace consultancy Teal Group.

"That leads me to think that it's totally on the table," Mr. Aboulafia said of a deal for Lear. "They'd love to sell it. But what price would it fetch? How could they separate out aftermarket services, which [a buyer] would want? And most of all, is there anybody who would buy it?"

"We think divestiture is an increasingly plausible option" for Learjet, Cowen and Co. analyst Cai von Rumohr said in a research note to clients this week. "Because Bombardier doesn't plan any new Lear models, Lear's revenues and profits will be in a long-term slide as the in-service population [of aircraft] declines, with the value of its business also eroding over time."

Learjet, which sells two similarly sized models known as the Learjet 70 and 75, has seen its market share decline from 60 per cent in 2015 to 33 per cent through this year, Mr. von Rumohr said. The two jets contribute less than $300-million (U.S.) to Bombardier sales and hold no opportunity for growth, he said.

The company makes an estimated $50-million to $60-million annual profit servicing the 2,300 Learjet planes currently in operation, which could be attractive to potential buyer Textron Inc. as a way to access potential customers and steer them to its products, he said.

Selling the franchise would help Bombardier pay down debt. The company faces debt maturities of $2-billion by the end of 2019, according to BMO Capital Markets.

Bombardier management seems "incrementally more open to the idea of strategic action" on Learjet than it has in the past, analyst Seth Seifman of JP Morgan said in a note published Aug. 8. He noted that a sale is just one of three options for the franchise that also include simply stopping production of new jets while serving the ones it has built, and improving Lear through cost-cutting and increasing investment in the business.

"Longer term, Bombardier has a number of product lines to keep fresh [three business jet families and three commercial aircraft families] and so selling Lear might make sense," Mr. Seifman said. He also cited Cessna-maker Textron as a potential buyer, though it's unclear Bombardier would strengthen a competitor by selling the business. Both Lear and Cessna are based in Wichita, Kan.

The future of Learjet within Bombardier has been an open question for months. Bombardier formally cancelled development of a new Lear model, known as the Learjet 85, last October, taking a $1.2-billion writedown on the program. At the time, it cited weakness in the market for the planes, but its resources were also overwhelmed trying to finish development on the new C Series airliner and work on the new Global 7000 business jet.

The sales environment has not improved since then. World gross domestic product growth rates and market indicators point to a delayed recovery and continued softness in the market for luxury aircraft, Bombardier said in notes accompanying its second-quarter earnings report.

The light business jet market in particular, of which Learjet is a part, suffers from oversupply, Mr. Bellemare, Bombardier's CEO, said on a conference call Aug. 5. That in turn has affected pricing. Mr. Bellemare said the company is looking at how to best position the Learjet models. Rival manufacturers also include Embraer.

"It's tough to make" a call on what level of production Bombardier would be comfortable with going forward in deciding on what to do with the Learjet business, Bombardier chief financial officer John Di Bert told analysts. "For now, the focus is on selling planes."

Mr. Di Bert said manufacturing 20 to 25 Learjet planes would still represent "a decent-sized program" for Bombardier. The company delivered six Learjet models during the first half of this year, less than half the number it delivered in the first half of 2015.

Bombardier bought Learjet out of bankruptcy in 1990 for $113-million, including liabilities, from an ownership group that included New York-based financial group Integrated Resources Inc. The franchise allows the plane maker to offer a complete line of luxury jets, from the lower-priced Lear to the top-end Global.

Sales prospects might be helped by innovation. Bombardier introduced a pocket door for the Learjet 75 in May that divides the cabin from the cockpit and galley areas – cutting noise levels inside the cabin by up to eight decibels and creating a private space for passengers. It says the feature adds an extra dimension of comfort previously found only on bigger jets. 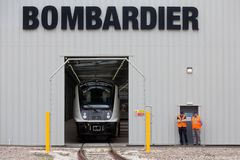 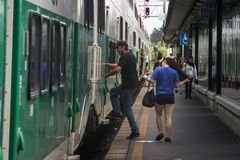