Mel Svendsen, chief executive officer of Standen's Ltd., a maker of truck, trailer and farm machinery parts, got up at 1 a.m. Tuesday morning to see if the budget standoff in Washington D.C. had led to a government shutdown.

His customers who supply the U.S. government might face a drop in orders if the shutdown of all non-essential services drags on. "I haven't been to sleep since" checking the news in the wee hours, Mr. Svendsen said in an interview on Tuesday.

Canadian companies that export goods to the United States are bracing for possible delays at the border and a drop in demand from the American customer as the battle over spending in Washington that sent 800,000 employees home enters its second day. A protracted furlough of those workers, and interruption in the business they conduct, would present more headwinds for a Canadian economy that still hasn't rebounded from the financial crisis that started in 2008.

"Policy makers should be working to reduce uncertainty, not contribute to it," Tiff Macklem, senior deputy governor of the Bank of Canada, told reporters in Toronto on Tuesday, who called the "brinksmanship" in Washington a threat for the Canadian economy. "So let's hope they can come together and resolve this as quickly as possible."

Canada's gross domestic product growth has not exceeded 3 per cent in two years and the country's jobless rate has not fallen below 7 per cent since 2008. The U.S. is Canada's biggest trading partner, importing more than $462-billion worth of Canadian goods in 2012. But exporters have been saddled with a persistently strong loonie that has made their merchandise more expensive for U.S. buyers.

"It's been a struggle for the past few years," said David Bradley, who represents 4,500 trucking companies as the CEO of the Canadian Trucking Alliance. "We need this like a hole in the head."

More than 60 per cent of the $100-million worth of products Mr. Svendsen's Calgary-based company sells goes to the United States by rail and truck at several border points across the country. Standen's Ltd. also ships parts to the United States from China. Mr. Svendsen said any slowdown at the borders would mean his customers will face parts shortages that will hit their production schedules and sales.

"It's a global supply chain," said Mr. Svendsen, whose company employs more than 500 people in Canada, the U.S. and China.

Derek Lothian, spokesman for the Canadian Manufacturers & Exporters group (CME), said companies that sell to U.S. government agencies could face delays in payments, or a halt in new orders, erasing gains that have been made as the U.S. economy has been recovering in the past few years.

Following a briefing Tuesday from U.S. Customs and Border Protection, officials at CME said the shutdown would have virtually no effect on companies because most of the agency's 59,000 employees have been deemed essential and will continue to work.

Birgit Matthiesen, the CME's Washington-based government relations special adviser, said all of the key programs that shippers use to expedite border crossings are still running in spite of the shutdown, including the Free and Secure Trade Program (FAST) and the U.S. Department of Agriculture inspections of agri-food imports.

Reaction to the U.S. impasse has been muted, so far. There were no reports of major bottlenecks at the Canada-U.S. border. Major stock indexes rose. The U.S. dollar fell slightly against a handful of major currencies while rising versus the Canadian dollar.

"I think the market is assuming, hoping, that this will be relatively short-lived," Mr. Macklem said.

But Ms. Matthiesen said all government departments are facing the threat of further budget cuts later this year because of the congressional impasse. "This atmosphere of unpredictability has, unfortunately, become the norm," she said.

Fitch Ratings, one of the Big Three firms that grade countries' ability to repay their debts, warned Tuesday that failure by the U.S. Congress to raise its debt ceiling in a "timely" manner could prompt a lowering of the country's score. Fitch said it's troubled by what the failure to communicate says about the prospects for raising the U.S. government's debt ceiling. The Treasury Department estimates it will run out of ways to stay under the threshold by around Oct. 17.

Spokespeople for automotive companies Magna International Inc., Linamar Corp. and Chrysler Group LLC said there were no disruptions to the normal flows of traffic across the border on Tuesday.

Gary Stordy of the Canadian Pork Council said both the USDA and the Food and Drug Administration have shut their websites and that could eventually cause problems for exporters. But so far he said there's no evidence of "serious interruptions in pork or animal trade at the moment."

The U.S. budget battle will end in Republican defeat Subscriber content
May 11, 2018 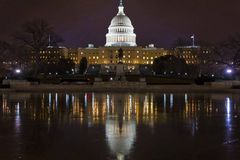 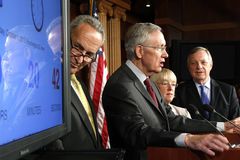 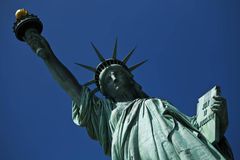 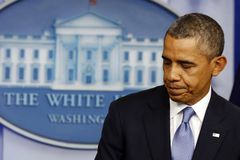