Canada's once waning offshore wind sector has been recently resurrected as companies on both coasts are looking to delve into this market thanks to renewable energy demands from the United States and the natural gas sector.

Offshore wind farms, which consist of large wind turbines located several kilometres off a country's coastline, are already used throughout Britain and other parts of Europe such as Germany because of the quality of the winds and the out-of-sight appeal. But Canada has yet to construct its own even though the Department of Fisheries and Oceans says the country has the potential to be a world leader, ranking it third in the world in the development of technology for offshore renewable energy.

In the past, proposed offshore projects have been shelved because of high costs and regulatory hurdles, but there's been renewed interest this year from companies in British Columbia and Newfoundland because of demand for clean energy from both the U.S. Eastern seaboard and from out West where proposed plants will liquefy natural gas for export.

So with all this potential demand and consistent, high-quality wind supply why hasn't Canada tapped this resource earlier? The short answer is cost. For the most part, it's more expensive to build offshore than inland. Offshore wind turbines are usually located far from shore in higher and more dangerous winds; they also face greater potential for corrosion from saltwater exposure and are accessible only by boat or helicopter. All of these factors mean building more heavy-duty turbines that can withstand the elements and, in some cases, accommodate a helipad.

There is also the huge cost of transmitting the produced energy to the onshore customer. Consequently, companies such as Vancouver-based Naikun Wind Energy Group have struggled to keep their costs low, but interest in LNG projects in British Columbia could be the answer.

Naikun is proposing an offshore wind farm in the Hecate Strait, located in northwestern British Columbia between Prince Rupert and Haida Gwaii (formerly the Queen Charlotte Islands). The company reports that the project could consist of up to 110 turbines and produce enough energy to power about 200,000 homes. The project was put on a hold a few years ago because the cost was too high, according to BC Hydro, but it has since been revived as the company tries to tap the new market stemming from future LNG plant demand.

"We think our project is now competitive [because] all of a sudden there's a phenomenal interest in LNG in our backyard," says Mike O'Connor, Naikun's president and chief executive officer. "Historically we were in an area that was really depressed, Prince Rupert, Kitimat, Terrace, all of those populations were decreasing in those towns and they didn't have much to look forward to."

Indeed, these towns are going from so-called doom to boom as investment in British Columbia from the LNG sector is expected to be upward of $181-billion from 2012 to 2035, according to the Conference Board of Canada.

"Our future is electricity demand and those LNG plants are going to require over 4,000 megawatts of power just for the plants, not even counting the growth in that area. And we're going to produce somewhere around 450 megawatts for our permitted first phase," Mr. O'Connor explains.

And it's not just about the clean energy itself, it's the knowledge that is fostered in a growing market, says James Tansey, professor at UBC's Sauder School of Business and co-founder of a Canadian carbon offset company Offsetters.

"There's a huge amount of expertise that gets built up around siting and wind farm development that I think is really important," he says, adding that this should be the first step in a shift toward green energy.

"B.C. has some amazing renewable resources and if we weren't doing hydro on a large scale we would be doing more solar, we'd be doing more wind and I think the opportunity to diversify the economy, the power mix, through this kind of project is great – whatever scale they're doing it at," Dr. Tansey says.

Meanwhile, the United States is taking advantage of advancing offshore wind technology as approximately 30 states have passed legislation that require at least some of their energy be generated by renewable sources. According to the U.S. Department of Energy, the offshore wind resource potential could be upward of four-million megawatts, which is approximately four times the combined generating capacity of all U.S. electric power plants. Several offshore wind projects are in the development stage in the United States. The proposed developments will be scattered throughout the United States, including near Cleveland, Ohio, Coos Bay, Ore., and Port Isabel, Tex. Other areas include New Jersey, Maine and Virginia Beach.

St. John's-based Beothuk Energy wants to take advantage of that customer base and last month the company announced its intention to build an offshore wind farm manufacturing facility near Corner Brook.

"The timing in the North American market is ripe right now," says Beothuk Energy president and CEO Kirby Mercer. "The price gap between clean energy and dirty energy has narrowed, the technology has advanced so much and the politics have changed … and we want to take advantage of that $1-billion business which is what it should be [in the U.S.] by 2020."

The company intends to design, manufacture and operate wind farms from this facility, which would be the first of its kind in North America.

"Some of the best winds in the world are in the northeastern United States coming up through the Gulf of St. Lawrence," Mr. Mercer says, "and it's an untouched, untapped market, so we want to be in first and be in early." 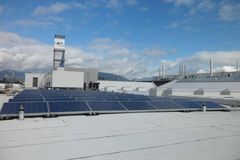 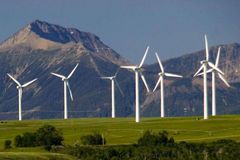 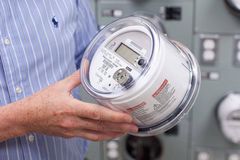 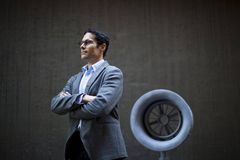