When Sasha Jacob launched his niche investment bank, Jacob Securities Inc., back in 2007, it focused on a new sweet spot for business: power, infrastructure and renewable energy. Almost seven years – and one recession – later, the company has survived a retrenchment and is back in growth mode, now handling a wider range of underwriting and advisory services.

When you started this company in 2007, the clean-tech sector was hot. Then it slumped with the recession and hasn't fully recovered. How did that affect your business?

It was a very significant change and one that clearly wasn't in our control. The volatility of the public market did affect us considerably, and we had to adjust. We reduced our size by about one-third. We focused more on project finance and private equity during that period. Then we also expanded in related areas, [such as] industrial and strategic metals, energy services, and conventional technology. Since [the recession], we have grown back to the size that we were.

I was the majority shareholder, and in some senses that made it easier, because there wasn't a debate among 10 partners whether or not we should go one direction or another.

How have you expanded into mining and other areas?

In mining, we are focused primarily on strategic and industrial materials. That includes things like rare earths, lithium, vanadium and graphite. A lot of those components are utilized in various energy technologies.

We have also added private client [services]. We only began that in March, but we already have over $110-million in assets.

Has the renewable sector changed in a fundamental way in the past five years?

Six years ago, when we established the firm, there was a real motivation by governments to accelerate the adoption of renewables and clean technology. That resulted in subsidies in Germany, here [in Canada] and other places. That really accelerated the growth, and was reflected in the public markets as well. Stocks in the space appreciated, and traded at very high multiples. After the financial crisis, a lot of those stocks went away or have suffered in terms of valuation.

What is your investment philosophy?

We have always focused on [companies] without R&D [research and development] risk. We really never covered or underwrote those companies that were precommercial. We still hold that philosophy.

You particularly like renewable companies that have long-term contracts, right?

On the renewable power side, stable infrastructure-like investments have always been the area that we primarily focus on. Independent power producers have been paying very good dividends, consistently. They have all been growing and have performed very well in a global context. Even when the public markets are challenging, these infrastructure-like investments have done well.

Are you surprised that so much of Canada's clean-tech activity is now conducted by large companies like Enbridge, TransAlta and Suncor?

You were once very enthusiastic about geothermal power, but many of those companies have done poorly. What happened?

There were a few unfortunate circumstances that occurred for the public companies in that sector. But we are seeing tremendous growth in Africa right now and continued growth in places like Europe and South America, and the U.S. for that matter. [Geothermal works best] in jurisdictions where the price of power is very high and where the cost of drilling can be absorbed. In the U.S., there are still attractive tax mechanisms which have been very effective, and with those you can absorb some of the drilling risk.

In other places where there are high temperature zones, like Nicaragua, other parts of Central America, or the Pacific rim of fire, it will continue to make sense.

What is the government's role in encouraging the renewable sector?

It would be nice for the government to actually step away from interfering in power prices and other areas. If they stopped subsidizing [power] with taxpayer dollars, and the true price was reflected within the market, then you would see additional energy-efficiency technology being adopted.

Governments have consistently made mistakes on what parts of energy technology they have invested in. It is appropriate for them to let professional investors determine what areas are best to invest in. If government is to invest directly, they should focus on those areas that are not fundable through the capital markets, such as very early-stage university-type R&D.

How hard is it to compete with the huge bank-owned investment dealers?

The large firms have significant advantages, such as very large balance sheets, the capacity to lend to clients, and very significant distribution. But we are not trying to do what they are doing.

Is being a specialized niche player the key to survival for a small firm like yours?

Sector knowledge is paramount. It allows us to be able to obtain deal flow from all over the world. Less than 20 per cent of the large transactions we work on are actually in Canada. We have been able to do that because of our sector expertise.

You were once politically active, and worked for a time in the Ontario government. Are you still involved in politics?

A little bit, but it really tends to be on the fundraising side, as opposed to policy. I am still relatively active on the provincial side [in Ontario], and a little bit on the federal level.

Legend has it that you've been going to corporate annual meetings since you were a child. Is that true?

I went with my father to shareholder meetings at a very early age. One of them was Irwin Toy, which was fantastic, because you got toy samples. The other one, for many years, was Cara Corp. I found the whole process very interesting, and began following stocks quite early.

Even though my dad was from the health-care profession, he was interested in investing. He brought me to his broker's office and there was a Telex machine that had the news, and a quotation screen. I remember sitting there and being really fascinated.

Even though I took politics in undergrad, the intention was to figure out a way to get into the finance industry.

What advice would you give to an individual investor who wants to put some money into clean technology?

The dividend-paying companies that are in the space are particularly attractive right now. They have healthy yields. Independent power producers have been able to grow, they can easily access the public markets, they are very experienced and have deep management teams. That is really the safest area.

Worked for the Ontario government's Ministry of Energy from 1995 to 1999.

Ran Dundee Securities power and infrastructure practice from 2001 to 2007. 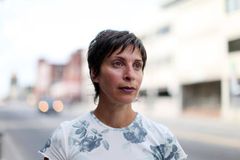 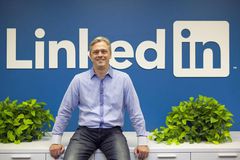 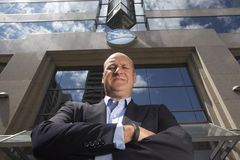