In the waters of the Yukon, opportunity flows. It was more than a century ago that paddlewheelers first steamed to Dawson City and its gold-gilded creeks. Half a century later, dams laid the groundwork for a new economy.

Today, the territory's economy and population have steadily expanded, churning ahead during the recession. And the latest boom has relied on something the other territories don't have: abundant, clean hydroelectric power available throughout much of the territory.

"That has really played an integral part in the development, both economically but socially as well of this territory, as a result of having this clean, renewable, affordable hydro energy," Premier Darrell Pasloski says during an interview in his office at the territory's legislature, built on the banks of the Yukon River.

But the territory is running out of power, and so there's a need for a new project. "The goal is to build a new dam. Building a new dam will set us up for the next 50 to 75 years."

To do so, the premier says they'll need federal help which they've gotten before. For instance, the Whitehorse Rapids dam opened in 1958 just outside the capital city, and churns out 40 of the territory's 92 megawatts of hydro power capacity. It was built by a federal agency for $7.2-million, or roughly $60-million in today's dollars – part of "a little bit of wisdom and foresight that occurred in this territory decades ago," the premier says.

Whitehorse Rapids is one of three dams in the territory that provide nearly all of its power. The newest was built in 1975, though a new plant was added at one in Mayo, Yukon, in 2011.

A new dam, Mr. Pasloski says, would likely cost at least $100-million, though it's hard to say before a site and size are chosen. Either way, he believes it's too much for Yukon residents to fund. The territory has 37,000 people – proportionately, self-financing a $100-million dam would be roughly equal to Ontario taking on a $35-billion project alone.

But Mr. Pasloski says the project would have implications beyond Yukon's borders.

"I believe this is a project that really has Canadian significance. And not just in the Yukon," he says. The territory's deal for "devolution" kicked in a decade ago, giving it more province-like controls over its resources, but it ultimately still splits revenues with Ottawa. This is a pillar of the premier's argument – economic growth needs power, and Ottawa shares in the benefit of growth.

"And there are a lot of projects we believe would become viable, if we could provide this renewable, lower-cost energy. Because these are the challenges. A lot of times, you can have a great project, but when you look at the feasibility, if your costs are so high, it doesn't make money so it doesn't go forward," he said.

It's a notion in its early stages. There is no formal proposal sitting before Ottawa, but the premier's office expects the project would need funding from "a variety of sources, including the federal government." In the meantime, Mr. Pasloski says he's looking to begin talks, with the federal government and local First Nations communities, the majority of which have signed treaties and are self-governing, to find a way to build a new dam.

"With an investment in clean energy here, not only will we benefit the territory, but in fact all Canadians would benefit from this. So we think that there is a role where we can partner with Canada. We think there's an opportunity here to partner with First Nations in the territory," he said, adding: "So I think we'll be looking for creative ways to fund and advance a project like this." 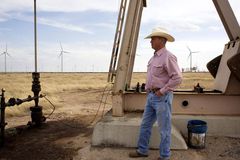 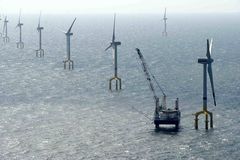