Bookies and financial markets are usually astute judges of the future, but both were taken by surprise when the Leave camp stormed to victory in the Brexit referendum. Here's a look at the immediate winners and losers from the shock result.

Gold: The yellow metal soared past $1,300 (U.S.) an ounce, reaching its highest level in two years, as the reality of the Leave victory took hold. Gold is the traditional haven for safety-seeking investors and it's the big winner from the current chaos. Canadian gold miners are riding the surge, with Barrick Gold, Goldcorp and Franco-Nevada shares all gaining at least 4 per cent in early trading.

Bond investors: The dash for safety is driving up the prices of ultrasecure government bonds. Yields, which move in the opposite direction to prices, are tumbling as a result. The payoff on the benchmark 10-year U.S. Treasury bond dropped to its lowest level since 2012 while yields on German and Swiss bonds sank even deeper into subzero territory. Meanwhile, the 10-year U.K. government bond swooned to a record low yield of 1.02 per cent as investors awaited a wave of monetary easing from the Bank of England.

Safe currencies: Investors are pushing into haven currencies. The U.S. dollar rose against most currencies, as did Japanese yen and Swiss francs. The Canadian dollar also advanced, although to a lesser degree.

Scottish nationalists: Nicola Sturgeon, Scotland's first minister, says a second referendum on Scottish independence is "highly likely" in the wake of the Leave victory. More than six out of 10 Scots voted in favour of the Remain option and many consider it unfair to be taken out of the European Union against their will. The first referendum on Scottish independence, held in 2014, was hard fought and resulted in 55 per cent of Scots voting to remain in the United Kingdom.

Euro skeptics: The Leave victory has delivered a jolt of encouragement to other parties across Europe that object to large-scale immigration and other manifestations of EU authority. Following the vote, Marine Le Pen of France's National Front hailed Brexit as "the right choice." In Germany, the anti-immigration, anti-EU Alternative fuer Deutschland party welcomed the result, as did the leader of Italy's populist Northern League party.

Stocks: Brexit is dragging down global stocks, although losses are not as bad as initially feared. After plunging more than 8 per cent to start the day, blue-chip stocks in London climbed back to finish with a loss of only 3.2 per cent. Shares of major British exporters, such as AstraZeneca and ARM Holdings, climbed on expectations that a cheaper British pound might boost international sales. Wall Street slumped nearly 3 per cent in early trading but in Canada, the S&P/TSX composite index inched down only 1.2 per cent as gains by gold miners helped offset jitters elsewhere.

The British pound: Sterling is taking it on the chin, falling more than 10 per cent against the U.S. dollar and slumping to a 30-year low against the greenback in early trading before narrowing its losses slightly later in the day. The British currency also slid against the Canadian dollar, yen, euro and every other major currency.

London: The City of London, as Britain's financial district is known, faces an uncertain future as a global hub once the U.K. exits the EU. At that point, banks, asset managers and other financial institutions based in Britain will probably encounter new barriers to dealing in the euro and selling financial products in continental Europe. JPMorgan Chase, the giant U.S. bank, warned before the referendum that a vote for Brexit could compel it to move as many as 4,000 of its 16,000 U.K. staff out of the country. If it and other banks proceed along those lines, London's future looks considerably diminished.

U.K. home prices: The possible loss of several thousand highly paid jobs in financial services does not bode well for London's stratospheric home prices. There is a danger that the weakness may spread across the country if the prospect of tighter control on immigration reduces the chances for home-price gains in the future.

Interest rate hawks: Those expecting the U.S. Federal Reserve Board to begin raising rates on a regular basis this year will be disappointed. The rise of the U.S. dollar, combined with the "additional uncertainty surrounding the implications of Brexit, is likely to strengthen the Fed's conviction to remain on the sidelines for several more months," writes Eric Lascelles, chief economist at RBC Global Asset Management.

Bank shareholders: The referendum surprise kneecapped the share prices of many global banks. In the UK, Lloyds Banking Group lost 21 per cent and Barclays plunged nearly 18 per cent. Major U.S. banks with large British presences shared in the pain, with JPMorgan Chase down 5.2 per cent, Citigroup off 8 per cent and Bank of America down 6.7 per cent in early trading. By comparison, Canadian bank shares got off lightly, with most sustaining losses of less than 3 per cent. 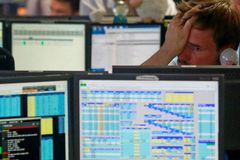 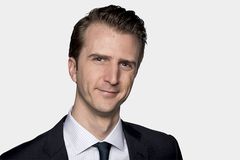